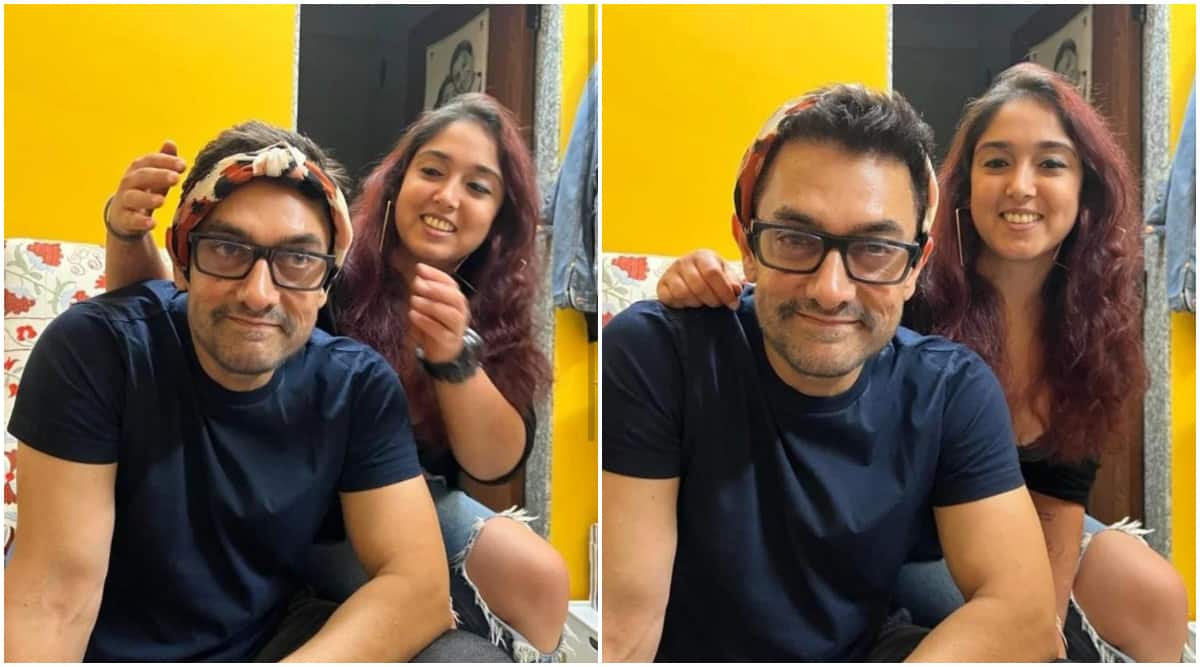 While Aamir Khan might not be on social media any more, he regularly features on daughter Ira’s Instagram. Ahead of his film Laal Singh Chaddha’s release, the actor has become quite active on social media and has been posting promotional material on the official handles of his banner — Aamir Khan Productions. However, taking a break from work, the actor on Wednesday evening spent quality time with Ira.

Ira took to Instagram and shared a bunch of pictures of herself with her father, in which he appears to have done her make-up. Ira, along with the pictures, wrote, “Guess who did my make-up? It’s interesting when your father walks up to you and claims he can do your make-up better than you can… and he turns out to be right. Who needs YouTube tutorials?!”

Ira is seen smiling away with her father as she made him wear a head-band. As soon as Ira shared the photos online, fans showered them with love in the comments section. Singer Sona Mohapatra reacted to the post with emotions like “🤓 ♥️”. A fan wrote, “Coz he is the Mr Perfect.” Another fan wrote, “Wow Best Dad Ever.”

Ira is Aamir and his first wife Reena Dutta’s daughter. They also have a son, Junaid, who will soon make his acting debut. Aamir recently split from his second wife Kiran Rao, the two are parents to Azad Rao Khan.

Ira often posts about her equation with her father and her struggle with mental health. While Aamir shares a warm equation with all his children, he said in a recent interview that he was a distant father. He told News18, “It’s my biggest mistake. But I won’t blame my profession for it. Today, Ira is 23 but when she was 4-5, I wasn’t there for her. I was busy with films. Every kid needs their parents because when you are a child you have your own fears and hopes. But when she needed me the most, I wasn’t by her side to hold her hand when she would get scared. And, I know that moment will never come back.”

After several delays due to the Covid-19 pandemic, Amir’s next film , Laal Singh Chaddha– a remake of the Hollywood hit Forrest Gump starring Tom Hanks–is slated to be released in theatres on August 11.