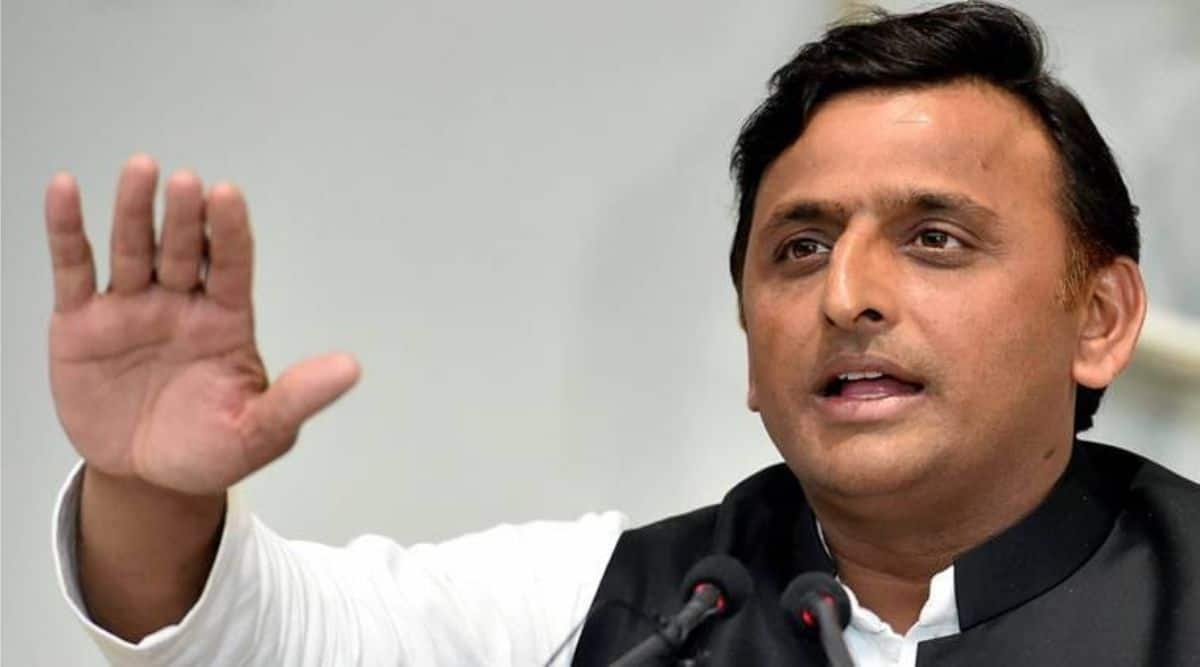 Amid reports of a growing distance with jailed Azam Khan, Samajwadi Party president Akhilesh Yadav on Wednesday reiterated that his party stands with the senior leader and questioned those who were meeting him in jail.

“The Samajwadi Party is with him (Azam Khan). From the first day, our party has stood with him. Those asking questions should be asked where they were when the BJP and Congress started lodging cases against him. Where were the big BJP leaders? Where were the big Congress leaders? Those speaking today should ask themselves where they were then? The one who was lodging cases, I had spoken to the person. And I had asked why he was harassing such a big leader? You can’t imagine the pressure on him from the government,” Akhilesh told mediapersons in Mainpuri, where he attended a wedding on Wednesday.

Recently, a close aide of Azam Khan, Fasahat Ali Khan, had accused Akhilesh of “ignoring” the former party MP and maintaining silence on issues concerning the Muslim community. This was followed by a string of visits by political leaders, including Congress and BJP, to Sitapur jail where Khan is currently lodged. SP’s ally and RLD chief Jayant Chaudhary also surprised many with his visit to Rampur to meet Azam’s wife and son.

Since then, Akhilesh has been in damage control mode.

Azam had recently refused to meet SP MLA Ravidas Mehrotra in jail who said he was sent to meet the leader by Akhilesh. The SP chief had, however, distanced himself from the visit.

On Monday, BJP leader from Kaiserganj (Bahraich district) Brij Bhushan Sharan Singh surprised all after he called Azam a “mass leader” and said he too would like to meet him in jail if given a chance.

The BJP, however, distanced itself from the remark.

Meanwhile, Akhilesh hit out at his uncle Shivpal Yadav, asking why was the BJP delaying his induction into the party.

Differences between the SP chief and Shivpal Singh Yadav, who successfully contested the recent Assembly polls on an SP ticket, has been widening since the election results. “It’s good, they (BJP) should take him soon. If the BJP wants to induct the uncle, why is it delaying it? You think yourself. Why are the BJP people delaying it, you should think what might be the reasons behind it,” Akhilesh said when asked if he is unhappy with his uncle.

Shivpal reacted to his nephew’s remark, terming it as “irresponsible” and a statement of ‘nadani’ (immaturity) and dared him to sack him as party legislator instead.

Akhilesh also hit out at BSP chief Mayawati, alleging that she transferred her party’s votes to the BJP in the recent polls and was waiting for the BJP to make her the country’s President now as a quid pro quo.

“The BSP transferred its votes to the BJP in the Uttar Pradesh polls. Now it will be interesting to see if the BJP makes Mayawati president in return,” he said.

The presidential election is expected in July this year.