Footage from the film set of Rust, including the aftermath of the fatal shooting of a cinematographer by actor Alec Baldwin, has been released by police. Santa Fe Sheriff Adan Mendoza also released crime scene photos and witness interviews, including Mr Baldwin's. But police said a decision on whether to file criminal charges will depend on the outcome of future forensic work. Halyna Hutchins, 42, was shot by Mr Baldwin while he rehearsed with what he believed to be a safe gun. Sheriff Mendoza said the investigation into the shooting "remains open and ongoing". Please subscribe HERE http://bit.ly/1rbfUog #US #BBCNews 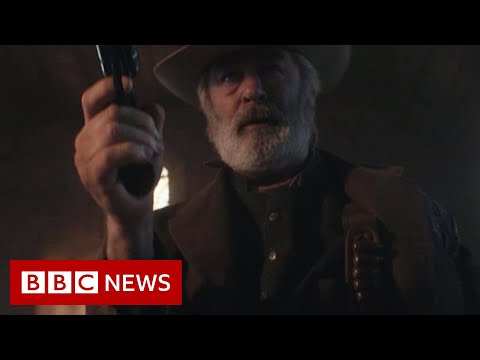