Paul Gauthier's initial interest in old bicycles is now an obsession. Ride through Montreal with this history buff, as he demonstrates the ins and outs of riding a bike from the 1800s known by many as “the boneshaker.” Chapters:
0:00 Intro "This is my steed"
0:30 How to ride the penny-farthing
0:42 What it feels like
1:06 How fast can you go?
1:11 How to stop
1:21 Behind the design
4:47 Nomenclature deep dive
6:44 Why Montreal's first road map is a map of bike routes
7:44 Outro "The ideal promote a slower life beat" 8:12 Behind the scenes: CBC reporter Laura Marchand rides the 'boneshaker'! »»» Subscribe to CBC News to watch more videos: http://bit.ly/1RreYWS Connect with CBC News Online: For breaking news, video, audio and in-depth coverage: http://bit.ly/1Z0m6iX
Find CBC News on Facebook: http://bit.ly/1WjG36m
Follow CBC News on Twitter: http://bit.ly/1sA5P9H
For breaking news on Twitter: http://bit.ly/1WjDyks
Follow CBC News on Instagram: http://bit.ly/1Z0iE7O
Subscribe to CBC News on Snapchat: https://bit.ly/3leaWsr Download the CBC News app for iOS: http://apple.co/25mpsUz
Download the CBC News app for Android: http://bit.ly/1XxuozZ »»»»»»»»»»»»»»»»»»
For more than 75 years, CBC News has been the source Canadians turn to, to keep them informed about their communities, their country and their world. Through regional and national programming on multiple platforms, including CBC Television, CBC News Network, CBC Radio, CBCNews.ca, mobile and on-demand, CBC News and its internationally recognized team of award-winning journalists deliver the breaking stories, the issues, the analyses and the personalities that matter to Canadians. 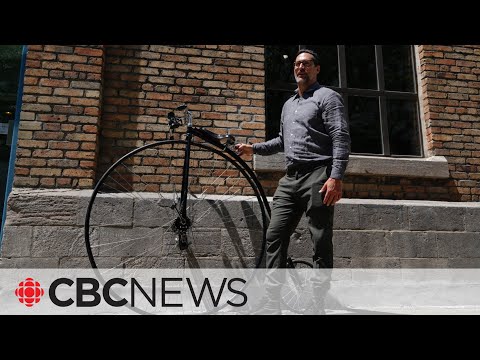