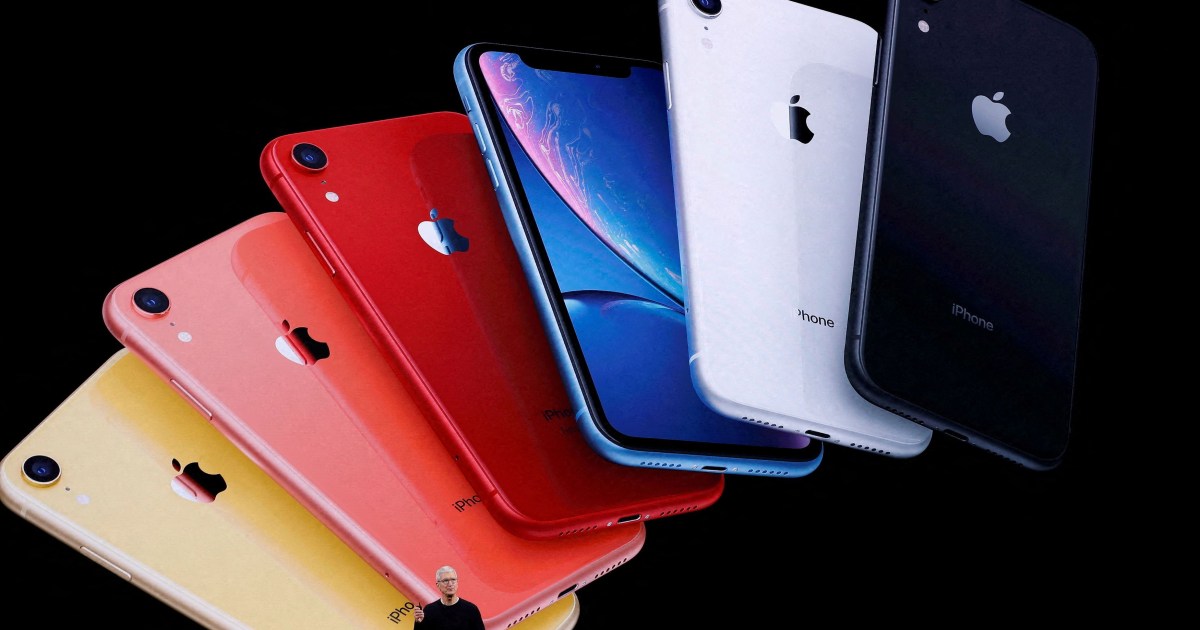 Apple’s sales rose 19 percent in the Americas and were up by single-digits in Europe and China.

Sales rose 19 percent in the Americas and were up by single-digits in Europe and China.

The Silicon Valley-based iPhone maker, which is the world’s largest company by market capitalization, is aiming to maintain high demand for the iPhone and other hardware while growing sales from services, including music and video subscriptions.

The latest results show it is making ground on both goals.

Apple Chief Financial Officer Luca Maestri in a release cited “continued strong demand for our products,” and a record high for sales of services.

Apple’s overall fiscal second-quarter revenue was $97.3bn, up 8.6 percent from last year and higher than analysts’ average estimate of $93.89bn, according to Refinitiv data.

Apple also announced a 5 percent rise in its dividend to $0.23 per share and board approval to buy back an additional $90bn in shares.

Investors have been bracing for drops in consumer spending on tech gadgets and services as the war in Ukraine and other factors drive up the cost of oil, food and other staples.

Some consumers also have put more money into travel and entertainment outside their homes as COVID-19 outbreaks become less deadly, eating into home technology budgets.

But remote work has benefited other businesses.

IPad sales fell 2 percent to $7.65bn, and were still above analysts’ average estimate of $7.14bn.

Sales of wearables, home speakers and accessories rose 12 percent to $8.8bn, compared with estimates of $9.05bn.

But new lockdowns in China and Taiwan, where many parts and iPhones are produced, could bring new obstacles in terms of supply and demand in the current quarter.

The services business is vulnerable to antitrust sanctions in the United States, Netherlands, South Korea, South Africa and many other countries that are weighing whether the company’s fees are too high.

Apple said it now has 825 million paying subscribers across its at least seven subscription offerings, up by 40 million from 785 million last quarter. Its growth comes as rivals such as Netflix Inc report subscriber losses.

Labor unrest could newly affect Apple, too. More than 70 percent of the over 100 eligible workers at an Apple store in Atlanta last week backed a filing for an election to become the company’s first US shop to unionize.