Arrest made after hockey youngster stabbed to death in Moscow 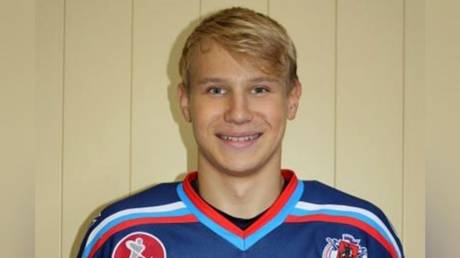 Roman Didur died in Moscow at the weekend

The man accused of killing a 23-year-old hockey player celebrating his birthday in Moscow has been sent to a pre-trial detention center for at least two months and charged with murder, according to a prosecutor’s office in the Russian capital.

Local media say that Roman Didur was with friends when a fight broke out near the Baklazhan cafe on Nikoloyamskaya Street.

According to some reports, Didur and the group were already in the establishment but decided to go outside to settle a conflict that had arisen.

CCTV footage that circulated on Telegram with Saturday’s date showed several men involved in a brawl, which allegedly concluded with Didur being stabbed in the chest.

Didur died at the scene from his knife wound and a loss of blood before an ambulance arrived, with a law enforcement source confirming to local media that the victim was hockey player Didur.

As the weapon was found and seized at the scene, investigators identified the suspect – believed to be 37-year-old Armen Kuyumdzhi, who was renting an apartment nearby – in under three hours and then arrested him as detailed by the senior assistant to the head of Moscow’s Investigation Committee of the Russian Federation, Yulia Ivanova.

“A criminal case has been opened on the murder of a man in Moscow,” Ivanova explained to R-Sport, adding that the suspect “has been detained” and that “investigative actions are now being carried out with him.”

On Tuesday, the Tagansky Court of Moscow sent the man accused of murdering Didur to pre-trial detention for two months, as revealed by the prosecutor’s office.

“The court chose a preventive measure in the form of detention until June 24 against a 37-year-old resident of Moscow,” a statement read, with the man charged under Part 1 of Article 105 of the Criminal Code of the Russian Federation (murder).

According to Championat, Didur’s last team was the Gasoilers RGUNG Moskva in Russia’s MSAHL2 league, with the youngster making 165 appearances at youth and student level before his untimely passing.