At least 168 killed in violence in Sudan’s Darfur: Aid group 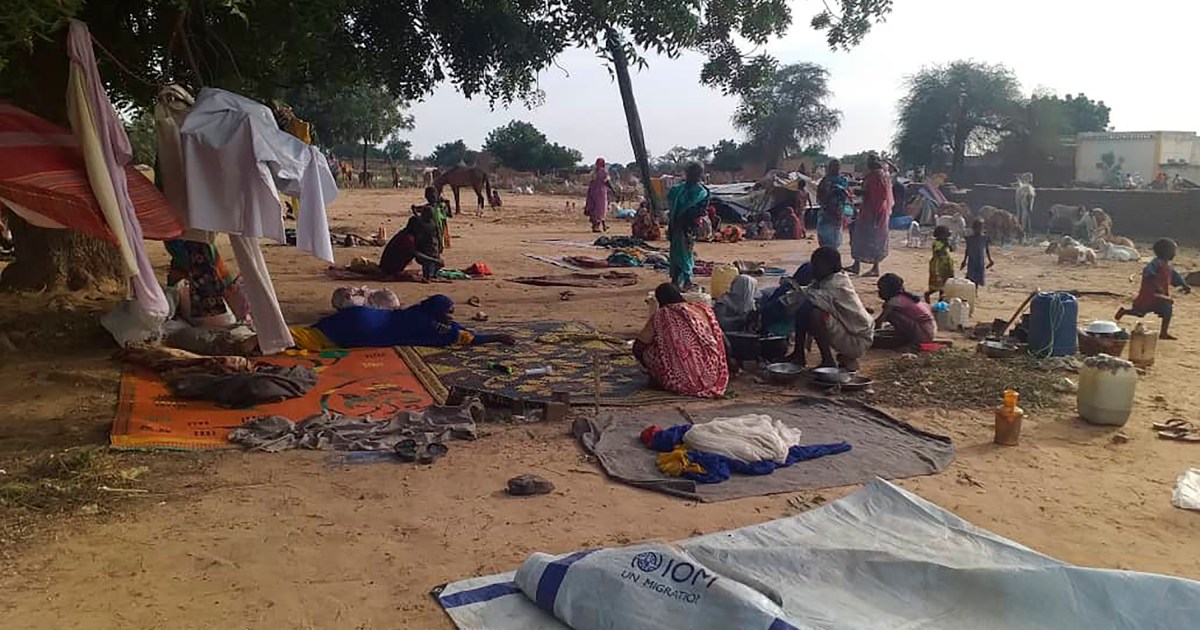 Fighting in the Kreinik area of West Darfur province also wounded 98 others, according to a Sudanese aid group.

At least 168 people have been killed in fighting between Arabs and non-Arabs in Sudan’s war-torn Darfur region, a Sudanese aid group said.

Adam Regal, spokesman for the General Coordination for Refugees and Displaced in Darfur, said on Sunday that fighting in the Kreinik area of West Darfur province had also wounded 98 others.

He said the clashes first erupted on Thursday with the killing of two people by an unknown assailant in Kreinik, around 30km (18 miles) east of Genena, the provincial capital of West Darfur.

The clashes later reached Genena, where armed groups attacked wounded people while they were being treated at the city’s main hospital, according to Salah Saleh, a doctor and former medical director at the hospital.

Images posted online on Sunday showed burning houses sending plumes of thick black smoke to the sky, while others showed round patches of scorched earth where huts had stood before they were set alight.

AFP news agency could not independently verify the authenticity of the images.

The International Committee of the Red Cross called on authorities to ensure the safe arrival of the wounded to hospitals.

On Sunday, the aid group accused the government-backed militia known as the Janjaweed of orchestrating the latest attacks.

The mainly Arab armed group gained notoriety in the early 2000s for its role in the repression of an ethnic minority rebellion in Darfur.

Many of its members have since been integrated into the feared paramilitary Rapid Support Forces, commanded by General Mohamed Hamdan Dagalo, de facto deputy leader of Sudan, according to rights groups.

The conflict that erupted in 2003 pitted ethnic minority rebels who complained of discrimination against the Arab-dominated government of then-President Omar al-Bashir.

Al-Bashir’s government responded by unleashing the Janjaweed, mainly recruited from Arab pastoralist tribes, who were blamed for atrocities including murder, rape, looting and burning villages.

The conflict killed 300,000 people and displaced 2.5 million, according to United Nations figures.

Large-scale fighting has subsided across much of Darfur, but the region remains awash with weapons, and fighting often erupts over access to pastures or water.

The October coup has upended the country’s fragile path to democracy after a popular uprising led the military to overthrow al-Bashir in April 2019.