Australia pushes on with reopening amid milder impact of Omicron 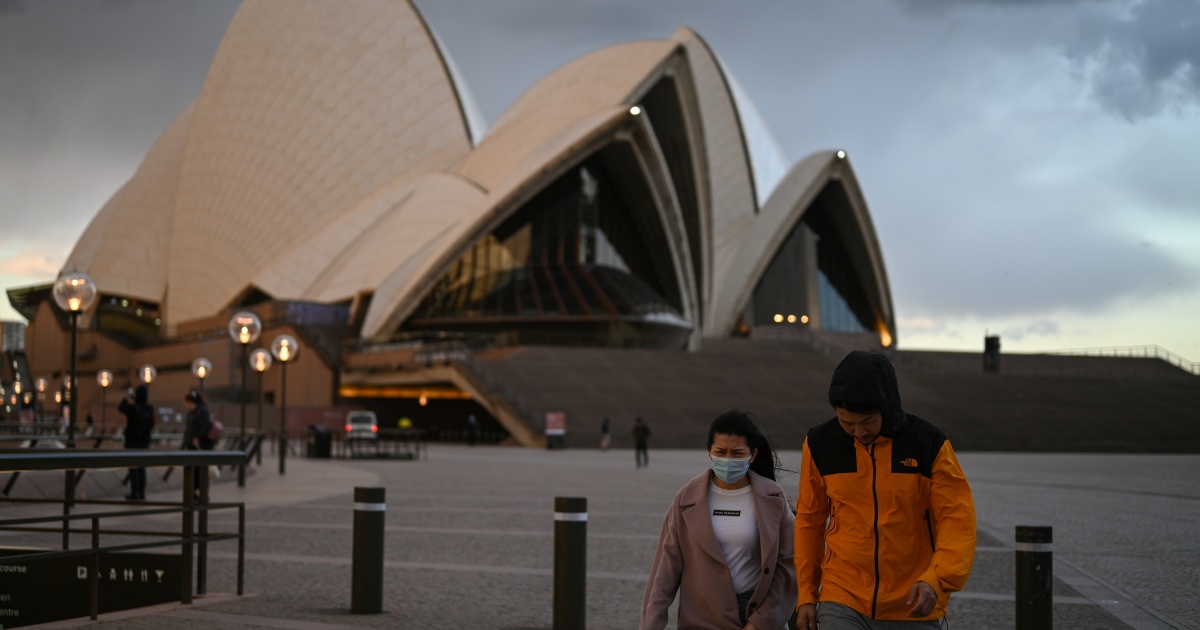 Prime Minister Scott Morrison says it is time to stop thinking about case numbers and focus on the serious illness instead.

Australia’s government says the milder effect of the Omicron strain of the coronavirus meant the country could push ahead with plans to reopen the economy even as new infections hit a record of more than 37,000 and the number of people hospitalised rose.

Record daily case numbers were reported on Monday in the states of Victoria, Queensland, South Australia and Tasmania, as well as the Australian Capital Territory.

In New South Wales, there were 20,794 cases, higher than Sunday’s figure but below the daily record of 22,577 set on Saturday, with testing numbers lower over the New Year’s holiday weekend.

The national daily total hit a record of more than 37,150 cases, exceeding Saturday’s 35,327 cases, with Western Australia and the Northern Territory still to report.

Eight deaths from COVID-19 were reported on Monday, taking the national toll through the pandemic to more than 2,260.

“We have to stop thinking about case numbers and think about serious illness, living with the virus, managing our own health and ensuring that we’re monitoring those symptoms and we keep our economy going,” Prime Minister Scott Morrison told Channel Seven.

Hospitalisations rose to 1,204 in New South Wales, up more than 10 percent from Sunday and more than three times the level on Christmas Day.

Federal Health Minister Greg Hunt said the advice to the government was that the Omicron strain was more transmissible but also milder than other variants, which reduced the risk to both individuals and the health system.

Michael Bonning, chairman of the Australian Medical Association’s New South Wales Council, said the significant increase in hospitalisations combined with the peak holiday period and the number of health workers exposed to COVID were putting pressure on capacity.

“With both the Christmas period and with hospital workers being furloughed due to their close contact status … we’re finding that it is becoming quite difficult to staff, especially critical areas of hospitals,” he told ABC Television.

In late December, the government changed its advice on when people should get a free RT-PCR test for COIVD-19, and is calling for greater use of rapid antigen tests, in part to relieve pressure on testing capacity.

But the rapid antigen tests are in short supply, and Morrison said the government would not cover the cost for people to test themselves, which he put at 15 Australian dollars ($10.90).

“We’re at another stage of this pandemic now, where we just can’t go round and make everything free,” he said.