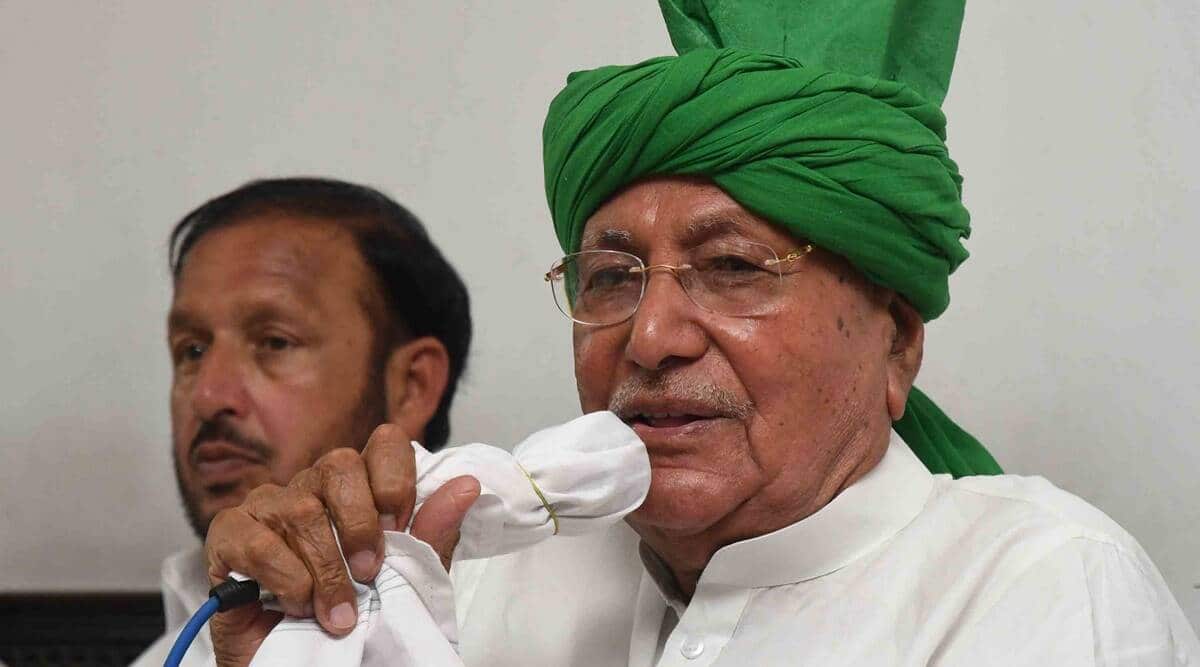 A Delhi High Court order suspending the four-year sentence awarded to former Haryana Chief Minister Om Prakash Chautala in a disproportionate assets (DA) case has come as a shot in the arm for the Indian National Lok Dal, which has been relegated politically to the sidelines in the state and is struggling to make a comeback.

In the 90-member Vidhan Sabha, INLD has only one MLA — Chautala’s younger son Abhay Chautala who represents Ellenabad constituency. With the 87-year-old leader being granted bail — the sentence has been suspended during the pendency of his appeal against his conviction — the INLD intends to utilise his services to make an impact in the upcoming panchayat polls, and eventually in 2024 Assembly elections. That the INLD is working to regain acceptance from masses can be gauged from the fact that Abhay Chautala has submitted 10 calling attention notices on issues of public welfare for the upcoming monsoon session of Vidhan Sabha beginning August 8.

In the three-day session, Abhay said that he would raise the issues pertaining to illegal mining that claimed life of a DSP in Nuh, increasing unemployment, compensation to farmers for crop-damage, vacant posts in government departments, drugs-menace, death threats received by various MLAs, besides issues that concern day to day lives of people of Haryana.

“INLD will be seeking replies on all these issues from the chief minister and his cabinet colleagues,” Abhay Chautala on Thursday said.
Chautala had been the CM of Haryana five times serving in office for as low as five days to a full-term of five years, including a five-month debut between these two extremes. He has also been a seven-time MLA.

INLD kept sliding in absence of Chautala who served a 10-year sentence in the JBT teachers recruitment scam with his elder son Ajay Chautala and several others. He was released from Delhi’s Tihar Jail last year.

In the run up to the 2019 polls, a family feud resulted in the birth of the Jannayak Janta Party, led by Ajay and his sons Dushyant and Digvijay. The JJP won 10 seats in 2019 Assembly polls and emerged as a kingmaker as the BJP fell short of majority mark. Dushyant became the deputy CM and also got vital portfolios including Excise and Revenue besides several other important departments.