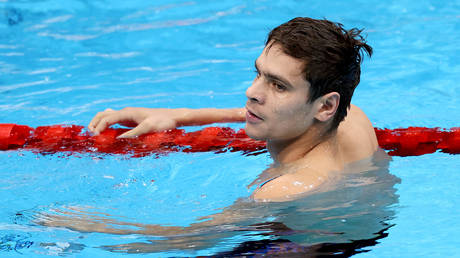 Olympic champion Evgeny Rylov will reportedly not face further sanctions from swimming federation FINA, after the star was placed under investigation for competing at the Russian championships while serving an international ban.

Rylov was hit with a nine-month suspension by FINA last week for his appearance at a Moscow concert in March marking the reunification of Russia and Crimea.

The backstroke star – who won double gold at the Tokyo Olympic Games last summer – took to the pool at the Russian national championships in Kazan over the weekend amid uncertainty whether his FINA suspension covered the event.

Russian officials insisted that Rylov, 25, was free to compete as the championships were not being held under FINA auspices.

FINA announced an “internal investigation” on Monday, but has now told Russian outlet Match TV that Rylov will face no further sanction as the event was not connected with the organization.

Responding to the news, Rylov said he hadn’t been overly concerned by the situation but was “glad that it has been cleared up.”

FINA last week reiterated its position that all Russian and Belarusian swimmers would be banned from its events until at least the end of 2022 because of the conflict in Ukraine.

The organization took individual measures against Rylov after he appeared at a mass meeting at Moscow’s Luzhniki Stadium in March where Russian President Vladimir Putin also gave a speech.

The concert marked the return of Crimea to Russia and was partly held under the slogan of ‘A World Without Nazism’.

Rylov appeared on stage alongside numerous other Russian athletes and was seen wearing a jacket with the letter ‘Z’ attached to it – a symbol which is used to express support for Russian troops.

After he was handed a nine-month suspension, Rylov told the Russian media this week that FINA had ignored any arguments in his defense.

“They didn’t give me any facts of what I was guilty of,” Rylov said.

Meeting with Russia’s Olympians from the 2022 Beijing Winter Games this week, President Putin described Rylov’s ban as “absurd,” with the swimmer also being stripped of a sponsorship deal with Speedo.

Rylov won bronze in the men’s 100m backstroke final on Monday at the Russian championships, which conclude on Friday, April 29.