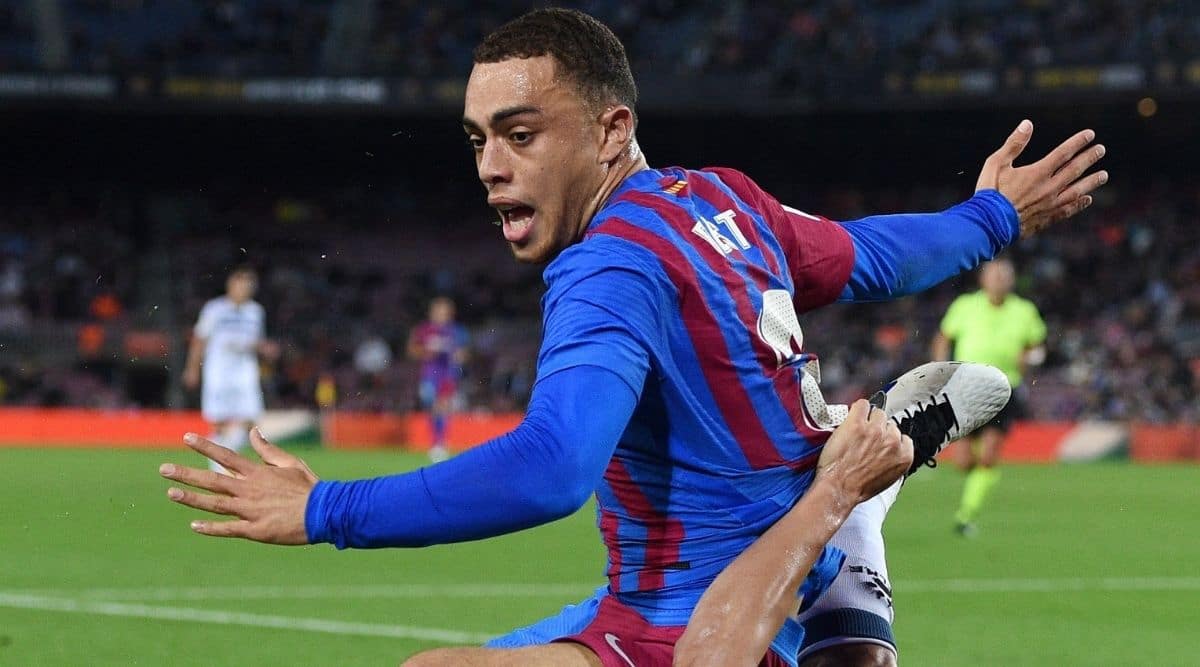 Barcelona’s American defender Sergiño Dest has been sidelined because of a hamstring injury, the Spanish club said Monday.

Dest injured his right hamstring in the first half of Barcelona’s 1-0 home loss to Rayo Vallecano in the Spanish league on Sunday.

The club said tests confirmed the injury and it was unclear whether the 21-year-old right back will be able to return before the end of the season.

Tests carried out on the first team player Sergiño Dest have confirmed that the player has injured the semitendinosus muscle in his right hamstring. The player is unavailable for selection and his recovery will dictate his return. pic.twitter.com/CyMuvETyJ6

Barcelona has only five games left in the campaign. It sits second in the Spanish league, 15 points behind rival Real Madrid.

Dest has lost his place as a starter after the arrival of veteran Brazilian right back Dani Alves.