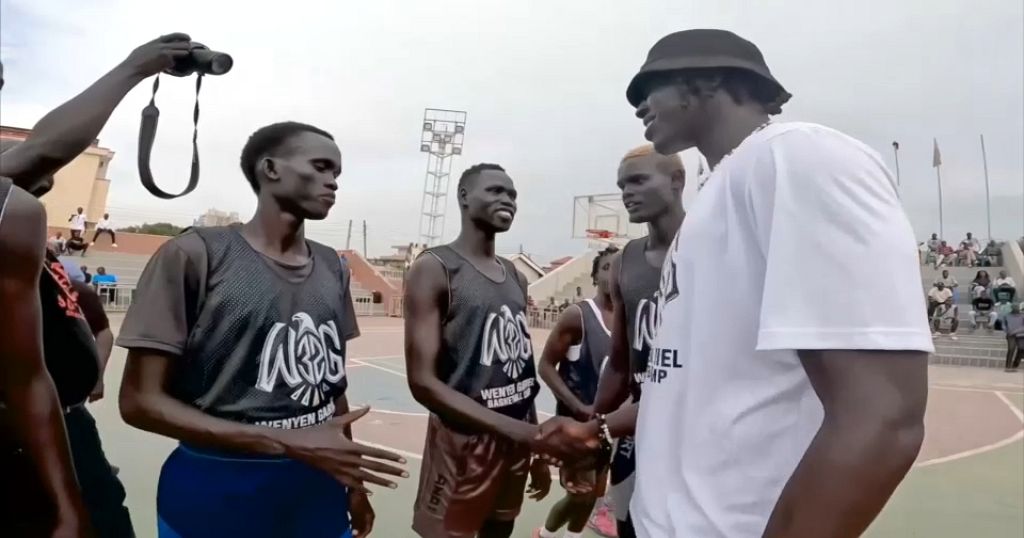 Basketball star Wenyen Gabriel returned last month to his homeland in South Sudan for the first time since he left as a child refugee.

The Los Angeles Lakers forward reflected on his experience as a refugee.

“Coming to America, I mean, at first being a refugee, it seemed like I was being condemned like it was a sentence. But growing into who I am now, I see that it became a blessing and it became a blessing before I made it to the NBA. I’m realizing that just having running water, having electricity, having food to eat, even my mom, even just having a job is a blessing”, said the former refugee.

The visit was organised by United Nations High Commission for Refugees.

“When we came to the camp where people don’t even have an opportunity, where they can’t work to make food, to feed their family. So now they’re depending on people. They don’t want to be like that. They don’t want to live this way. This is the way that they were born into a lot of these people and a lot of the things were forced onto them. And I think we need to empathize with that and bring attention to them” pleaded Gabriel.

“Visiting the IDP camps was very huge to me. I mean, I didn’t understand exactly what it looks like and to see that this being the one of the biggest crises in Africa and for it to be the one of the most under-funded, it’s just heartbreaking. And so I think bringing attention is so important”.

During the visit, Gabriel organised a basketball tournament to encourage young people to practice sport.

“I think that was really important for them. So they can feel included and not feel like they’re excluded in their own country. A lot of the kids were just so, so much joy, so much discipline. They worked hard. They never complained. And just I want to find a way how to bring opportunity to them” concluded the former refugee.

South Sudan’s refugee crisis is the largest in Africa and it is also one of UNHCR’s most underfunded crisis in the world.