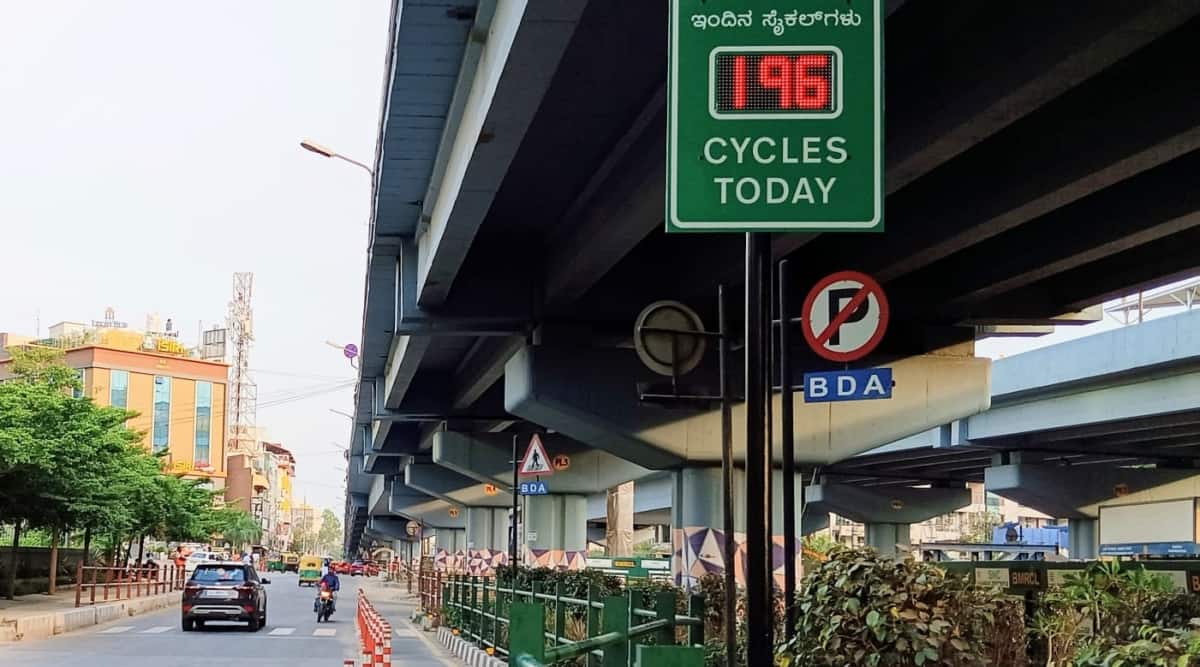 Bengaluru has got India’s first artificial intelligence- and sensor-based bicycle counter, an electronic device that counts cycles at a location for a certain period of time, installed to encourage cycling.

The bicycle counter was built by an 18-year-old avid cyclist, Nihar Thakkar, and was installed on Tuesday next to the Outer Ring Road cycle lane in Doddanekundi in the Karnataka capital in collaboration with the Directorate of Urban Land Transport (DULT) and residents of Doddanekundi.

Speaking to indianexpress.com, Thakkar said, “This is the first live bicycle counter in the country and will help collect usage data of bicycles using the dedicated lane, which will make the impact of the cycle lane more visible and encourage cycling. The live bicycle counter is installed under the SuMA (Sustainable Mobility Accord) project being funded by DULT as a pilot project.”

“The counter is able to distinguish between bicycles and all other types of vehicles and will count only cyclists in the cycle lane and the service road in both directions. The bicycle counter is powered by an AI-sensor camera and a machine learning-based algorithm where the data provided can be used to encourage cycling and to build more dedicated cycle lanes,” he added.

Thakkar is also the founder of the Urban Flow, which is building AI-based tools for cycle lane enforcement, traffic analysis and live bicycle counters.
“At Urban Flow we are building AI-based tools that will help the enforcement of traffic rules. Most of the dedicated cycle lanes are being misused by two wheelers. In this technology, a camera uses AI to process video footage in real time to capture and report evidence of violations to traffic police,” he explained.