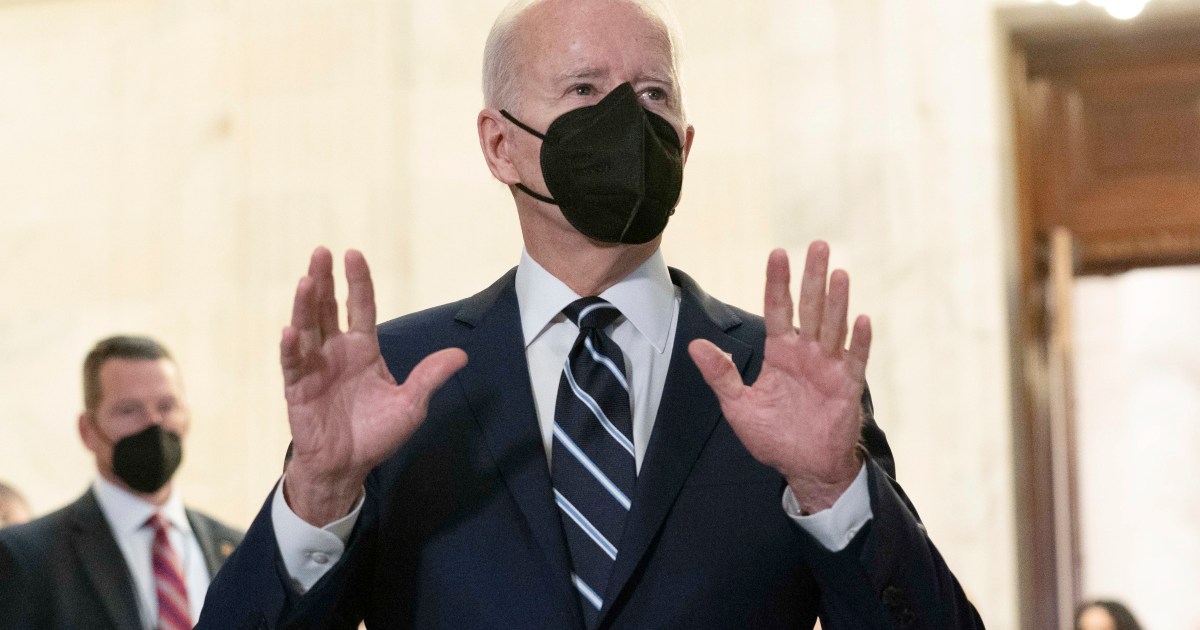 United States President Joe Biden has conceded he is unsure if his Democratic Party will be able to pass landmark voting rights reform legislation after key senators doubled down on their opposition to change Senate rules.

Biden had met Democratic senators on Thursday in hopes of gaining support for a temporary rule change that would allow only a simple majority of the 100-member chamber to pass the voting rights legislation.

Under the current rules, a minority of just 41 senators can block the passage of the legislation. The chamber is currently split 50-50 Republicans and Democrats, with Vice President Kamala Harris, a Democrat, casting the deciding vote in the event of a tie.

“The honest to God answer is I don’t know whether we can get this done,” Biden told reporters after the meeting. “As long as I’m in the White House, as long as I’m engaged at all, I’m going to be fighting,” he said.

The admission came shortly after Democratic Senator Kyrsten Sinema told reporters she would not support a “short-sighted” rules change to allow the passage of the bills, all but dashing hopes Democrats would have the 50 votes needed to make such a change.

Senator Joe Manchin, who was among the legislators Biden met on Thursday, also reaffirmed his opposition to altering the ability of a minority of senators to block the passage of the legislation, a mechanism known as the filibuster.

“Ending the filibuster would be the easy way out. I cannot support such a perilous course for this nation,” he said in a statement after the meeting.

The Biden administration has made passing federal voting rights reform a top priority entering 2022, with the president pledging in a speech on Tuesday: “I will not yield. I will not flinch.”

Attention has turned to federal-level reforms after former US President Donald Trump, a Republican, led a campaign, driven by unfounded claims of voter fraud, to overturn the results of the 2020 presidential election.

While unsuccessful, Trump’s rhetoric has resonated in Republican-controlled state legislatures across the country, with at least 19 states in 2021 passing legislation advocates say make it harder for some citizens to vote.

Democrats are supporting two federal pieces of legislation that would represent the largest overhaul of US elections in a generation by striking down hurdles to voting enacted in the name of election security, reducing the influence of big money in politics and limiting partisan influence over the drawing of congressional districts.