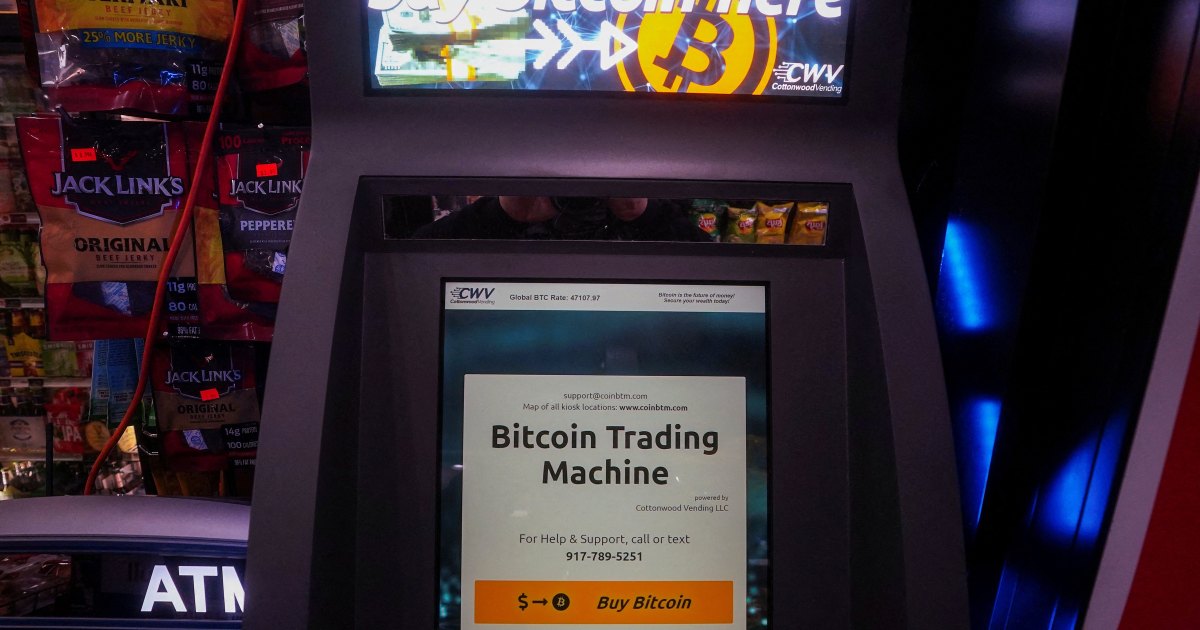 More US workers may soon be able to stake some of their 401(k) retirement savings to Bitcoin, as cryptocurrencies crack even deeper into the mainstream.

Retirement giant Fidelity said Tuesday that it’s launched a way for workers to put some of their 401(k) savings and contributions directly in Bitcoin, potentially up to 20 percent, all from the account’s main menu of investment options. Fidelity said it’s the first in the industry to allow such investments without having to go through a separate brokerage window, and it’s already signed up one employer that will add the offering to its plan later this year.

Fidelity’s offering may be one of just a few for a while, given the substantial concerns about the riskiness of cryptocurrencies. The United States government last month warned the retirement industry to exercise “extreme care” when doing something like this, highlighting how inexperienced investors may not appreciate just how volatile cryptocurrencies can be, among other concerns.

Bitcoin had five days in the last year where it plunged by at least 10 percent. The stocks in the S&P 500, meanwhile, had only two such drops in the last 50 years. Beyond its volatility, there’s still fundamental disagreement about how much a Bitcoin is worth, or even if it’s worth anything at all.

Proponents say cryptocurrencies can boost returns in a well-diversified portfolio, without adding too much risk. That’s because cryptocurrencies haven’t always moved in the same direction as stocks and other investments, though they often have in recent months amid worries about rising interest rates.

Some investors may believe in all those pros of Bitcoin, but still prefer not having to open a new account to buy Bitcoin, learn the intricacies of how to store them or deal with taxes on gains made in the years running up to retirement. Or they may come around to that belief soon, and Fidelity wanted to be ready for them, said Dave Gray, Fidelity Investments’ head of workplace retirement offerings and platforms.

“We have been developing this, anticipating some of the workforce trends that we see coming,” Gray said. “Our clients expect us to be ahead and developing innovative solutions.”

A big part of the thrill of crypto for some traders is just how volatile it can be. Not only did Bitcoin quadruple over 2020, but traders can buy and sell it 24 hours per day. A regular day for stocks on Wall Street, meanwhile, lasts just six and a half hours.

But the new Fidelity account won’t offer that. It will update its price once per day, similar to traditional mutual funds. The account will also come with fees, which can range from 0.75 percent to 0.90 percent of assets. That means between $7.50 and $9 of each $1,000 invested in the Bitcoin account would go toward paying expenses every year. That’s less than some specialty investments but more than vanilla stock index funds, which can be virtually free.

Others in the industry are also working to offer similar products. At ForUsAll, a 401(k) provider, the company announced a product in June 2021 to allow workers to put some of their 401(k) in cryptocurrencies by sending it to a self-directed window.

CEO Jeff Schulte said the company spoke with the US Department of Labor throughout 2021 about marrying crypto and 401(k) accounts. Even after Labor’s stern warning last month, Schulte said he still expects the product to launch this quarter. ForUsAll plans to require savers to take an interactive quiz about the risks of cryptocurrencies before buying them, among other moves to educate investors.

“Protecting investors is paramount, [and] we believe our solution meets all the fiduciary standards under ERISA,” Schulte said, referring to the Employee Retirement Income Security Act, the US federal law that oversees retirement plans.

Fidelity also places what Gray calls “digital speed bumps” in front of investors, forcing them to slow down and study the risks and rewards of crypto.

It may take a while for most employers to start offering something like this. The Plan Sponsor Council of America recently asked its members if the Labor Department’s warning changed their minds at all in terms of considering crypto.

The majority — 57 percent — said that they would never consider crypto as a viable investment option regardless. Another third said the warning “simply affirms the concern we already had.”