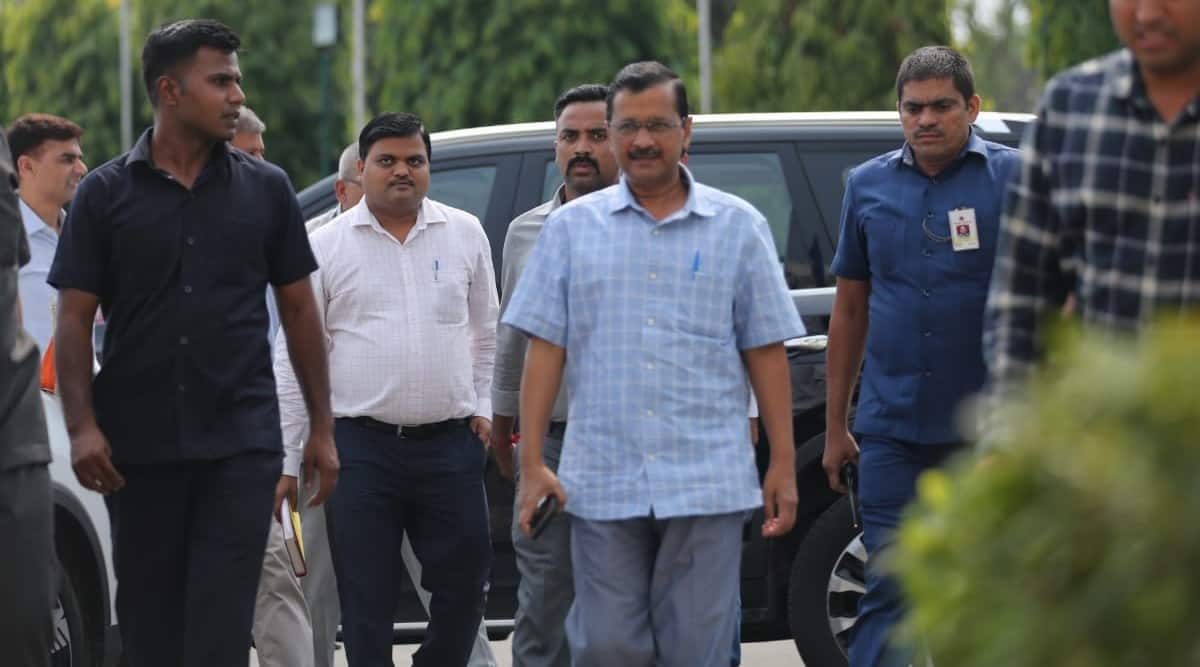 Chief Minister Arvind Kejriwal launched a scathing attack on the BJP, saying the party is full of rapists and terrorists, its top two leaders are afraid of the AAP, and it plans to dissolve the Delhi assembly and arrest his deputy Manish Sisodia in the future.

Speaking in the assembly Tuesday, he said, “Delhi BJP is delaying MCD elections fearing massive defeat. One by one every party in the country is going down. They (BJP) broke all of them; the entire country is watching… Keval Aam Aadmi Party hai jis se BJP ki pant geeli hoti hai. BJP ke top ke neta dono AAP se darte hain (Only AAP can make BJP wet its pants. The party’s top two leaders are afraid of AAP).”

Saying AAP will approach court if the Centre continues to delay MCD elections in Delhi, he added, “MCD has been with BJP for the last 15 years but they couldn’t clean the city… they blame the sanitation workers; they call them thieves (chor) when the entre BJP is full of thieves.”

“Delhiites love their son and brother Kejriwal because he cares for everyone and his home. That is why, fearing defeat, the BJP is not conducting elections,” he said.

He further said the BJP is killing democracy and wants to dissolve the Delhi assembly to make it a union territory and take all the power. “Kejriwal se nafrat karte karte tum log desh se nafrat karne lag gaye. Kejriwals will come and go, but you should hate the country and work against its Constitution. Tomorrow you children will say that my father stood in the house and said we will end democracy.”

“Our honesty irritated them so much that they arrested Satyendar Jain, the man behind the idea of free electricity and mohalla clinics,” he said. “His arrest was a black day for us.”

“BJP says Manish Sisodia is next and he will be arrested. Does his face look like that of a thief? They are accusing the man who made the careers of 18 lakh children in Delhi bright,” he said. “I want to appeal to my entire AAP party workers to brace yourselves to go to jail. I myself have been to jail for 15 days; it is not that bad. Kuch nahi hota.”

He also remarked on the recent arrest of terrorists in Jammu and Kashmir and said that it was shocking that one of those arrested was a senior leader.

“If you google rapist in BJP, you will find a long list of BJP leaders. The party is filled with gundas, hooligans, rapists and terrorists,” he said.

He also accused the Centre of stopping his visit to Singapore. “Singapore invited me to share the Delhi model with the world, but the BJP blocked my file. The same happened when I was invited to Copenhagen. This is the first PM in 75 years who is blocking a CM’s visit,” he said.