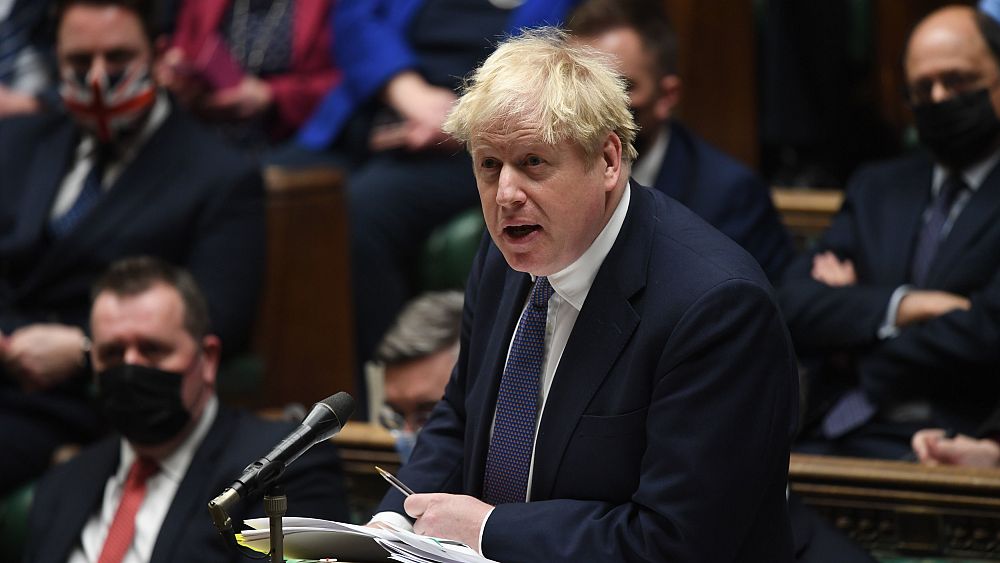 Boris Johnson faces a torrid session at Prime Minister’s Questions in parliament on Wednesday, amid public and political fury over the latest allegations that his staff flouted lockdown restrictions by having a party.

Watch PMQs live in the video player above from 1300 CET.

Opposition figures and even some within Johnson’s own ruling Conservative Party have called on him to resign — and his answers will be closely scrutinised.

It’s claimed that dozens of his staff, as well as the prime minister himself along with his wife, attended the event in the Downing Street garden in May 2020 during the first coronavirus lockdown, at a time when social mixing was banned.

According to ITV News, Johnson’s principal private secretary sent an email to around 100 people, inviting them to “bring your own booze” to “socially distanced drinks”.

Government ministers and some Tory politicians have reserved judgement, citing an ongoing internal inquiry into alleged parties at Downing Street during the pandemic.

But many in private are furious, and after a series of scandals last year, some have publicly questioned whether Johnson should remain as party leader and prime minister.

The prime minister has repeatedly denied that lockdown restrictions were broken, including when he has appeared before parliament.