Britain: Ukraine has a legal right to strike at Russia

The British authorities considered it acceptable for Ukraine to strike at objects located on the territory of Russia. This was announced on the air of the BBC radio station by the Deputy Minister of Defense of the United Kingdom, James Hippie.

Commenting on the use of Western weapons on Russian territory, a representative of the department noted that Kyiv has a legal right to strike at military targets in order to disrupt the logistics of military supplies. Responding to the question of the acceptability of such strikes, he noted that, on a similar basis, Ukrainian supply lines would be “legitimate targets” for Moscow.

“Firstly, the targets are chosen by the Ukrainian side, and not by those who produce or export equipment. Secondly, it is perfectly legal to select military targets deep behind enemy lines in order to disrupt his logistics and supply routes,” Hippie said.

During the interview, he also appreciated the statement of Russian Foreign Minister Sergei Lavrov about the entry of the North Atlantic Alliance into a proxy military conflict with Moscow. In this regard, the British official pointed out that arms supplies are carried out by individual member countries of the alliance.

“So military assistance to Ukraine is not being provided by NATO,” he added. 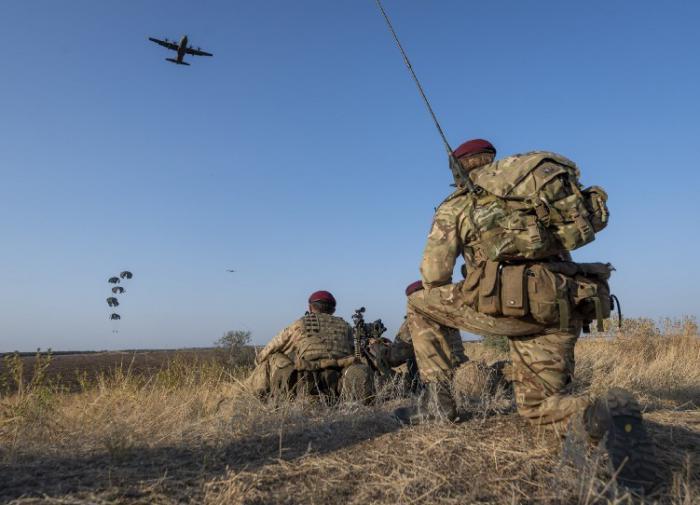