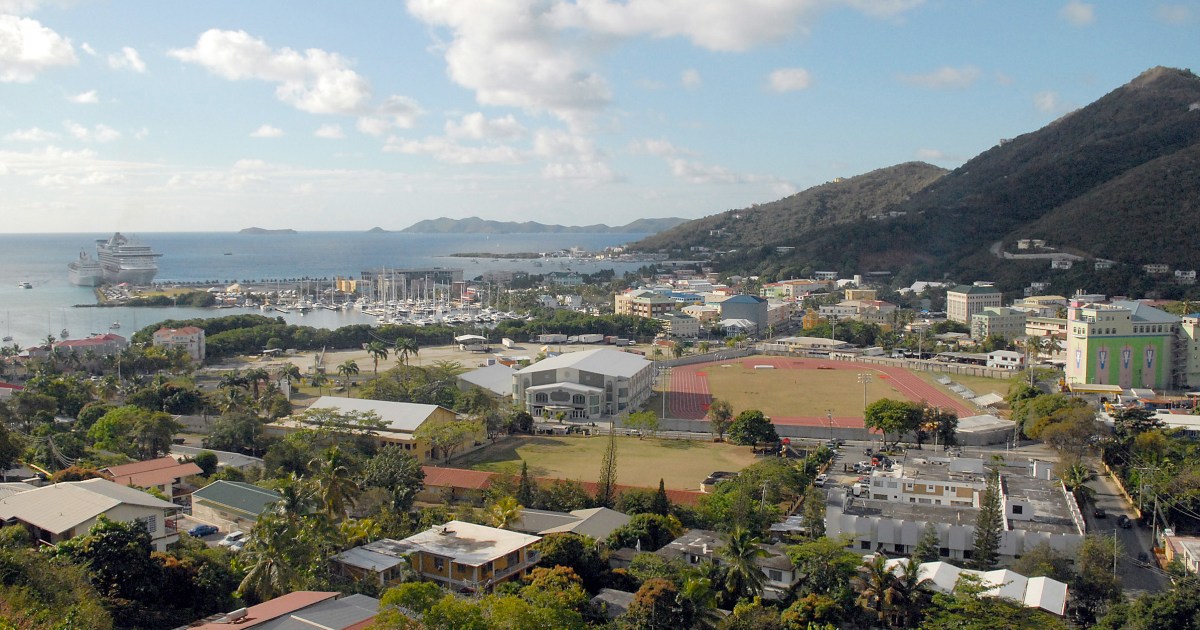 Andrew Fahie was detained in Miami in news the British overseas territory’s governor described as ‘shocking’.

The premier of the British Virgin Islands (BVI) and the managing director of the Caribbean territory’s ports have been arrested in Miami on drug smuggling charges.

Andrew Fahie and Oleanvine Maynard, who heads the islands’ port authority, were arrested at Miami airport, according to Drug Enforcement Agency documents released on Thursday.

The DEA said 51-year-old Fahie had agreed to allow an informant, who was posing as a member of Mexico’s Sinaloa drug cartel and whose identity remains confidential, to use British Virgin Islands’ ports to ship cocaine in return for a payment of $500,000. He also asked for additional money to repay a debt to a “fixer”.

The officials’ arrests “should send a clear message,” DEA Administrator Anne Milgram said in a statement.

“Anyone involved with bringing dangerous drugs into the United States will be held accountable, no matter their position.”

Court documents filed on Thursday showed the two officials and Maynard’s son, Kadeem Maynard, were all charged with “conspiracy to import five kilograms or more of cocaine” and “conspiracy to launder money”.

The arrest of Fahie was first disclosed by BVI Governor John Rankin, who is appointed by the British queen and acts on her behalf.

“I realise this will be shocking news for people in the Territory,” Rankin said in a statement. “And I would call for calm at this time.”

Fahie and Maynard had been at the airport to meet Mexican drug traffickers, who in reality were undercover DEA agents, to oversee a cash shipment that they expected to receive for helping smuggle the cocaine from Colombia to the US, through the port at Tortola.

British foreign secretary Liz Truss said in a statement she was “appalled” by the allegations.

Rankin said the arrests in Florida were not connected to a Commission of Inquiry on governance and corruption that was announced in the British Virgin Islands last year.

It is not known whether the commission had found any suspected wrongdoing by Fahie or Maynard, but Rankin said he expects to have the results published urgently to avoid unnecessary speculation.

The British Virgin Islands, which lie to the east of Puerto Rico and the US Virgin Islands, have a population of about 35,000 people. They are better known for their offshore financial services industry.