Bryansk oil refinery in Russia was attacked by combat UAVs

The oil storage facility near the Russian city of Bryansk (located around 70 miles (112 kilometers) from the Ukrainian border) was attacked by unmanned aerial vehicles, Baza Telegram channel reports.

According to Baza, the UAVs fired two shells that hit the fuel tanks of the oil storage facility at about around 2 a. m…

Half an hour later, explosions were heard at another oil storage, which, presumably, was attacked by UAVs as well.

In the morning of April 25, the Governor of the Kursk region announced that air defence forces of the region destroyed two UAVs.

The oil depot belongs to Tatneft oil company. There is no confirmation as to where exactly another explosion occurred. According to unconfirmed reports, the combat drones may have attacked another oil storage facility or a fuel and lubricants warehouse located on the territory of a military unit.

On April 25, Russian high-precision long-range weapons struck the northern outskirts of the town of Kremenchug targeting a local oil refinery. The refinery was used to provide military equipment to a group of the Armed Forces of Ukraine, Major General Igor Konashenkov said on Monday, April 25.

In another precision strike, the Russian forces destroyed storage facilities that supplied fuel to military equipment of an army group of the Armed Forces of Ukraine, Konashenkov said. 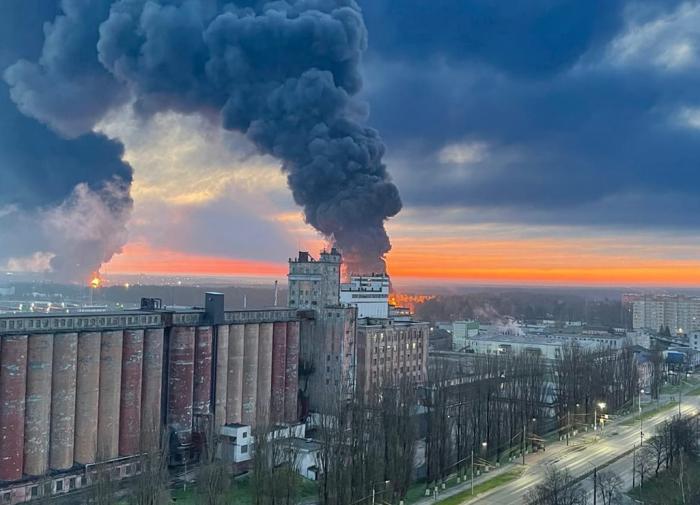