Fake: Civilians in Bucha were killed by the Russian military, The Guardian said. Forensic experts found metal flechettes in the bodies of the victims. Such flechettes are used for 122-mm ZSH1 shells.

Fact: The Guardian clearly wrote that artillery strikes on Bucha were carried out at a time when the settlement was under the control of the Russian forces. However, the Russian troops simply could not strike artillery blows on the territory where they were stationed.

The shelling was carried out with the use of 122-mm ZSH1 artillery shells stuffed with metal flechettes — small metal “darts”. It is the Armed Forces of Ukraine that use such ammo.

Military expert Boris Rozhin noted that 122-mm shells are used in D-30 howitzers. The Armed Forces of Ukraine had at least 350 D-30 howitzers and a large amount of ammunition for them from the arsenals of the USSR at the beginning of Russia’s special operation.

“This is the main field weapon of the Armed Forces of Ukraine, and the 4th Rapid Reaction Brigade, which fought for Gostomel, Bucha and Irpin was no exception,” the expert wrote.

The same ammo was used in the shelling of the Donbass in 2014.

In the Russian Federation, such weapons were decommissions and replaced with Msta-B with other shells of larger, 152 mm, caliber.

Also read: What happened in Bucha and who is going to be punished for it?

Zelensky has not buried the bodies of Bucha massacre victims 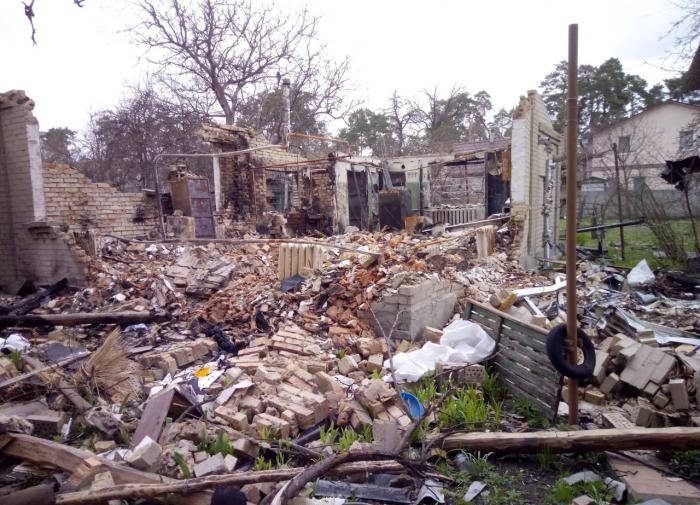