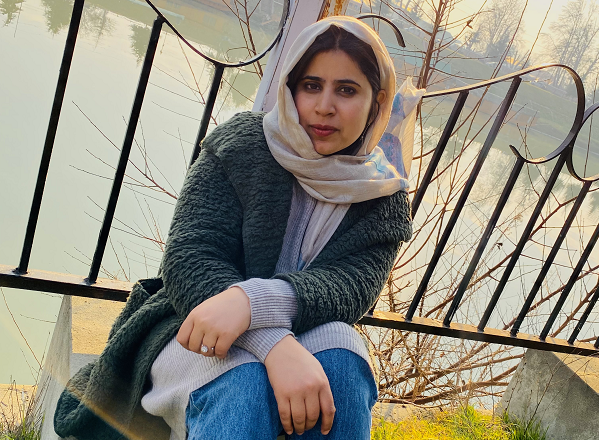 New Delhi, India – On January 1, Quratulain Rehbar, a journalist from Indian-administered Kashmir, woke up to see herself listed for an “online auction”. Her photograph was sourced without her permission and uploaded on an app for “sale”.

She was not alone.

Photographs of more than 100 Muslim women, including prominent actress Shabana Azami, wife of a sitting judge of Delhi High Court, multiple journalists, activists and politicians were displayed on the app for auction as “Bulli Bai” of the day.

Even Pakistani Nobel laureate Malala Yousafzai was not spared by the perpetrators.

After last July’s “Sulli Deals“, in which nearly 80 Muslim women were put up “for sale”, “Bulli Bai” was the second such attempt in less than a year.

“Both ‘Bulli’ and ‘Sulli’ are derogatory words used for Muslim women in local slang. However, this time the Punjabi language was used in the ‘Bulli Bai’ interface along with English,” journalist Mohammad Zubair, who works for fact-checking website AltNews, told Al Jazeera.

Rehbar, who had previously reported on the “Sulli Deals” auction in July last year, told Al Jazeera she was shocked to see her photograph on the app.

“When I saw my photograph, my throat got heavy, I had goosebumps on my arms and I was numb. It was shocking and humiliating,” she said.

Last year I wrote about how muslim women’s pictures were auctioned online where women felt haunted and humiliated. Today, after a year seeing my own picture in another trend #bullideals, besides other muslim womens’, makes me feel utmost disgusting. https://t.co/AE0N1sInE2

While there was no real sale involved, the online application – created on Microsoft-owned open software development site GitHub – was, according to Rehbar, intended “to degrade and humiliate vocal Muslim women”.

The app was taken down on Saturday, with victims saying the interface of the GitHub extension on “Bulli Bai” was strikingly similar to the one used by “Sulli Deals”.

By Saturday evening, dozens of other Muslim women began posting their shock and outrage on social media after seeing their photographs and details on the app.

Among them was Ismat Ara, a journalist in the capital, New Delhi.

Ara filed a complaint on Saturday with the Delhi Police against “unknown people” for harassing and insulting Muslim women on social media “using doctored pictures in unacceptable and lewd context”.

Based on her complaint, a First Information Report (FIR) was registered by Delhi Cyber Police on Sunday, invoking various sections of the Indian Penal Code that pertain to promoting enmity on grounds of religion, threatening national integration and sexual harassment of women.

UPDATE: An FIR has been registered by Cyber Police (South East Delhi) on the basis of my complaint with IPC sections 153A (Promoting enmity on grounds of religion etc), 153B (Imputations prejudicial to national-integration), 354A & 509 for sexual harassment. #BulliDeals pic.twitter.com/dJ1mspyiGI

Following another complaint by Sidrah, whose photo also appeared on the app, a police case was also registered in India’s financial capital Mumbai against various Twitter handles and the “Bulli Bai” app developers.

However, Ara said she is not hopeful regarding the police investigation, her fears stemming from the fact that the probe in “Sulli Deals” has seen no arrests made even after six months.

Fatima Zohra Khan, a lawyer based in Mumbai whose name figured in both “Sulli” and “Bulli Bai” deals, had also filed a complaint with Mumbai police last year.

“We got no response from Twitter, GitHub and Go-Daddy (web hosting company) despite Mumbai Police themselves requesting them to reveal data. These websites refuse to share information unless a court warrant is produced,” she told Al Jazeera.

Police officials in New Delhi and Mumbai did not respond to Al Jazeera’s queries on the latest “auction”.

I have been trying to gather some strength to write something about #BulliDeals. Just when I thought I had left the trauma of #SulliDeals behind me, it came to haunt us(me along with more than 112 Muslims Women) again with an updated version, as a new year present. 1/6

“It is sad to see how these hate-mongers are licensed to target Muslim women without any fear. This is not the first time such an auction has taken place,” said Ara.

“The women who have been targeted are vocal women who raise issues of Muslims on social media. It is a clear conspiracy to shut these Muslim women because we challenge the Hindu right-wing online against their hate crimes,” she added.

During the Muslim festival of Eid al-Fitr last year, a YouTube channel named “Liberal Doge”, shared pictures of Pakistani women in a sexualised video, titled “Eid Special”. It was removed by the company after outrage.

Weeks after the incident, Muslim women were “auctioned” on Twitter under the “Sulli Deals”.

The collective anger of Muslim women you’re witnessing on your timelines today comes from a place of deep anguish– of being exoticised, demonised, and patronised, all at once. Experiences ranging from being constantly talked down upon, to being sold online. #BulliDeals

Several Indian parliamentarians have raised the matter with the government, including Priyanka Chaturvedi, based in the western state of Maharashtra, home to Mumbai.

After her tweet calling out India’s IT minister to take “stern action” against “misogynistic and communal targeting of women”, the minister said GitHub had blocked the user responsible for hosting the site and the “police authorities are coordinating further action”.

“Police complaints were registered during the time of ‘Sulli deals’. However, no action was taken. That is the reason why these people feel emboldened,” Chaturvedi told Al Jazeera.

There are many Muslim names,including mine,in the obnoxious #BulliDeals , same as #SulliDeals
Even Najeeb’s mother has not been spared. It’s a reflection on India’s broken justice system, a dilapidated law n order arrangement. Are we becoming the most unsafe country for women?

Rehbar said it was “particularly alarming” for Muslim women who are “fighting patriarchy and restrictions” on one hand and “facing such harassment” on the other.

“Often women are asked to remove their pictures from social media and hide. After such attempts to harass Muslim women, it will be difficult for many women to take a stand.”

Rana Ayyub, a Mumbai-based columnist with The Washington Post, told Al Jazeera people are “hailing targeted harassment of women without being identified by law”.

“‘Bulli Bai’ takes hate crimes in India to another dangerous level where Muslim women are being virtually violated and made a free-for-all for a bigoted mob,” she said.

“These auctions of women from the minority communities display the moral degradation of India and its constitutional values.”