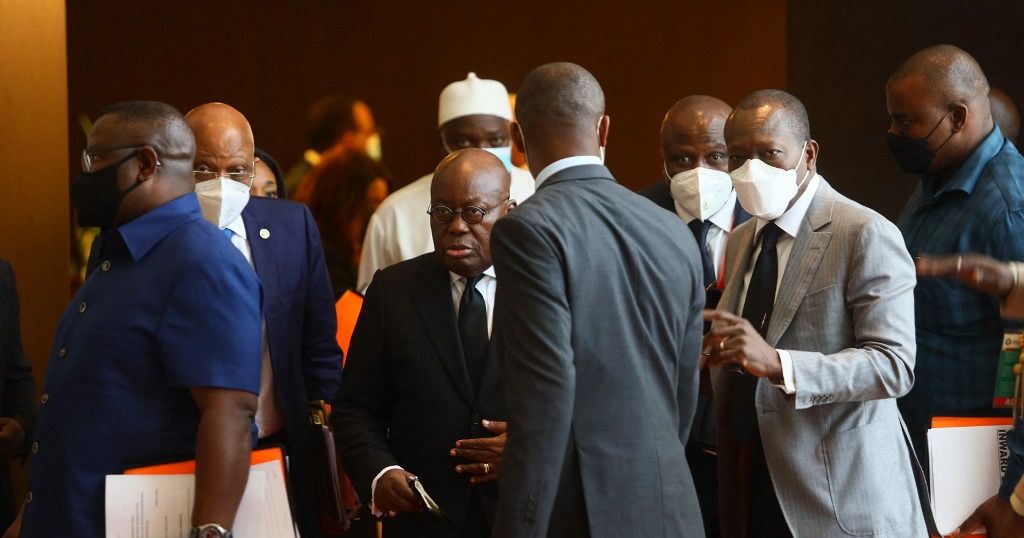 Burkina Faso and Guinea, where the military has seized power by force, have asked their West African neighbours for more time to come up with a timetable for the transition.

This comes after the expiration of the Monday 25th April ultimatum, the Economic Community of West African States (ECOWAS) said on Wednesday.

“Burkina Faso wished to have more time than the 25 April deadline” set by West African heads of state a month earlier, “in order to continue consultations on various issues,” an ECOWAS statement said.

For its part, “Guinea presented the recent developments in the transition process and also wished to have more time in relation to the 25 April deadline”, in order to “allow for further consultations”, the organisation added.

ECOWAS announced that it would send missions to the two countries before a forthcoming summit of heads of state, at unspecified dates.

The authorities of both countries have made it clear that they do not intend to submit to ECOWAS’ demands, at the risk of being subjected to new sanctions.

On Monday, Burkina Faso, through government spokesman Lionel Bilgo, said it did not intend to shorten the three-year transition period before civilians return to power.

“We are not going to sacrifice our efforts to bring peace to Burkina Faso by running behind an intangible timetable that does not take into account the realities on the ground,” he said.

On the Conakry side, the Guinean government insisted that it would not act “under constraints or under the diktat of anyone”. “Nothing is excluded,” government spokesman Ousmane Goual said in response to a question about the possibility of Guinea withdrawing from ECOWAS.

Both countries were suspended from ECOWAS bodies and Guinea was hit with economic sanctions. Another country in the region, Mali, which has seen two putsches since August 2020, is also suspended and hit by major sanctions.