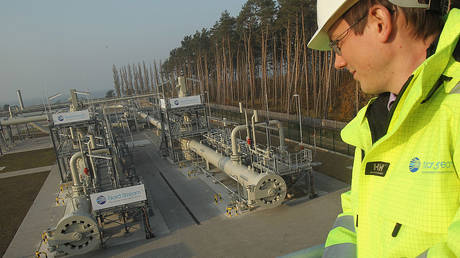 German-based Siemens has been granted permission from Canada to repair five more turbines for Russia’s Nord Stream pipeline at a factory in Montreal, where it regularly sends equipment for repairs and maintenance, the Globe and Mail reported on Wednesday, citing government sources.

According to the report, the turbines for the pipeline can be repaired over the next two years, but Canada has the right to withdraw the permit for the repairs at any time.

The report also says the Siemens turbine that was stuck in Canada due to Ukraine-related sanctions on Russia has already left the country and is on its way to Germany. Once there, it will be handed over to Russian representatives, allowing Canada to avoid violating its own sanctions by using an indirect delivery route.

Canada initially refused to return the turbine, as it regarded the equipment as a dual-use product subject to sanctions. The situation forced Russian gas exporter Gazprom to slash exports to Germany by as much as 60%, as the station was technically unable to pump gas at normal levels while short one turbine, and with several others in need of repair. However, after negotiations with Berlin, Ottawa decided to return the turbine earlier this week.

The European Commission on Tuesday welcomed Canada’s decision to return the turbine, as it removes “one of the excuses being used by Russia for reduced gas flows.”

Ukraine, on the other hand, was “deeply disappointed” with Canada’s announcement, according to a statement from the Ministry of Energy and Ministry of Foreign Affairs. Kiev believes that Russia can continue to supply gas in full without the turbine, using the transit capacity of Ukraine. The country’s authorities called on Canada to reverse the decision.

The Nord Stream pipeline is an important route for gas exports from Russia to the EU because it offers direct deliveries, bypassing Ukraine. Deliveries via the pipeline were temporarily stopped on July 11 for scheduled 10-day maintenance.