Canada to probe use of emergency measures to end trucker protests 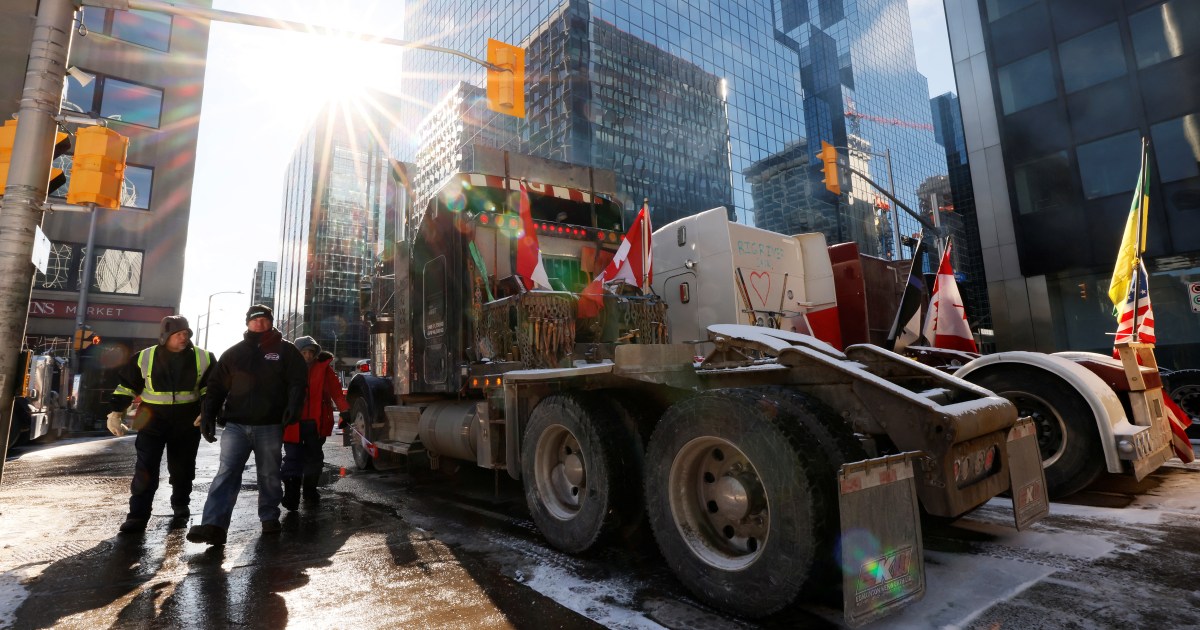 Emergencies Act requires gov’t to set up inquiry into circumstances leading to its use, actions taken during emergency.

An independent public inquiry will be held into the Canadian government’s use of emergency powers to disperse anti-vaccine trucker protests and border blockades earlier this year, Prime Minister Justin Trudeau has announced.

In a statement on Monday, Trudeau said the Public Order Emergency Commission would examine the circumstances that led him to invoke the Emergencies Act, and what actions were taken to respond to the so-called “Freedom Convoy“.

“This includes the evolution of the convoy, the impact of funding and disinformation, the economic impact, and efforts of police and other responders prior to and after the declaration,” the statement said.

The Emergencies Act itself requires the government to establish an independent inquiry into its use. A former Ontario judge, Paul Rouleau, will head up the new commission and present his findings and recommendations to parliament by February 20 next year.

Trudeau invoked the Emergencies Act on February 14 in response to demonstrations by Canadian truckers and their supporters, who had blocked key trade routes with the United States and disrupted daily life in downtown Ottawa, the country’s capital.

Police eventually dispersed members of the “Freedom Convoy” – organised by some far-right activists – and arrested several of its leaders. Some have been charged with mischief, intimidation and other offences.

“Invoking the Emergencies Act was a decision taken only after careful consideration and with significant caution,” Bill Blair, Canada’s minister of emergency preparedness, said in the statement.

“As we reflect on the circumstances that led to this action, Canadians can have confidence this Commission will be undertaken in a thorough and independent manner, as the Act itself requires.”

Civil rights groups had raised alarm at Trudeau’s decision to invoke the emergency measure, which was in place for just over a week.

Critics had questioned whether the government had met the strict, legal threshold required to invoke the act, while others also argued that police and other authorities had the necessary tools at their disposal to end the blockades but simply lacked the will to use them.

But the prime minister defended his decision, saying it aimed to provide more support to law enforcement. He also promised that the scope of the measures would be “time-limited, geographically targeted, as well as reasonable and proportionate to the threats they are meant to address”.

Residents and politicians in Ottawa, where convoy participants harassed people in the downtown core for several weeks, have demanded a thorough and independent probe into the decisions made at all levels during what they dubbed an “occupation”.