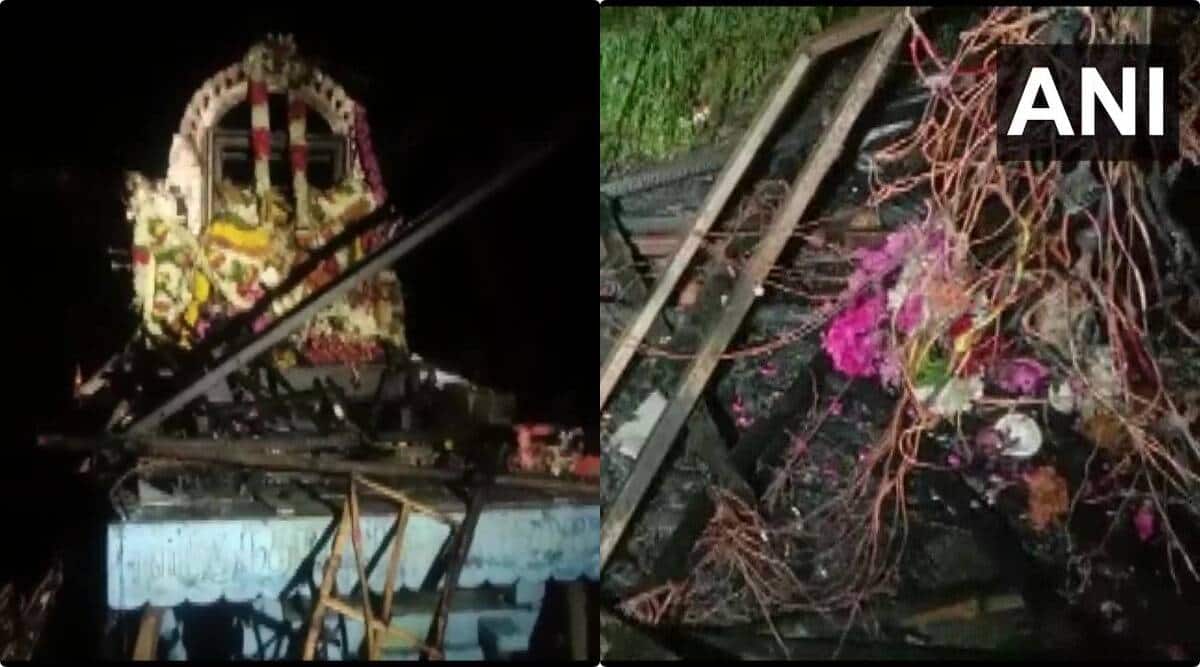 The procession started around midnight, and the incident happened at 3 am when the dome and the decorations erected on the car touched a high-tension line. (Source: Twitter/@ANI)


Chennai, Tamil Nadu News Live Updates Today: At least 11 people were killed in the early hours of Wednesday in Kalimedu near Thanjavur, after an overhead high-voltage cable came in contact with a temple car pulled during a procession. The procession started around midnight, and the incident happened at 3 am when the dome and the decorations erected on the car touched a high-tension line.

Meanwhile, the inquiry by a commission probing the circumstances surrounding late Tamil Nadu Chief Minister J Jayalalithaa’s death culminated on Tuesday, nearly four and a half years after it was constituted by the state government. The proceedings before the panel, the inquiry have all been completed as per the terms of reference, official sources said. In other news, the Tamil Nadu government will provide 50,000 free agriculture service connections to farmers during 2022-’23 fiscal, Electricity Minister V Senthil Balaji informed the Assembly on Tuesday.

Also, Tamil Nadu Chief Minister M K Stalin on Tuesday announced a solatium of Rs 10 lakh to the kin of Vignesh, who allegedly died in police custody recently, on humanitarian grounds and assured that the probe in the case will be thorough and fair. Also, he informed the Assembly that the government would bear the medical expenses of Suresh, who was arrested along with Vignesh for allegedly consuming ganja on their possession, by the Secretariat Colony police on April 18.

Catch the latest news in Chennai and Tamil Nadu on political developments, Covid-19, weather and more.

Tamil Nadu Chief Minister M K Stalin on Tuesday announced that from this year onwards, June 3, the birthday of former Tamil Nadu chief minister and late DMK president M Karunanidhi, will be celebrated as a government function in the state.

The first bench of the Madras High Court on Tuesday called for a copy of the order of the Tada Court in Poonamallee, which had passed an order on January 28, 1998 imposing death sentence to all the 26 accused in the former Prime Minister Rajiv Gandhi assassination case. Rajiv Gandhi was assassinated at an election public meeting organised by the Congress party at Sriperumbudur in the night of May 21, 1991.