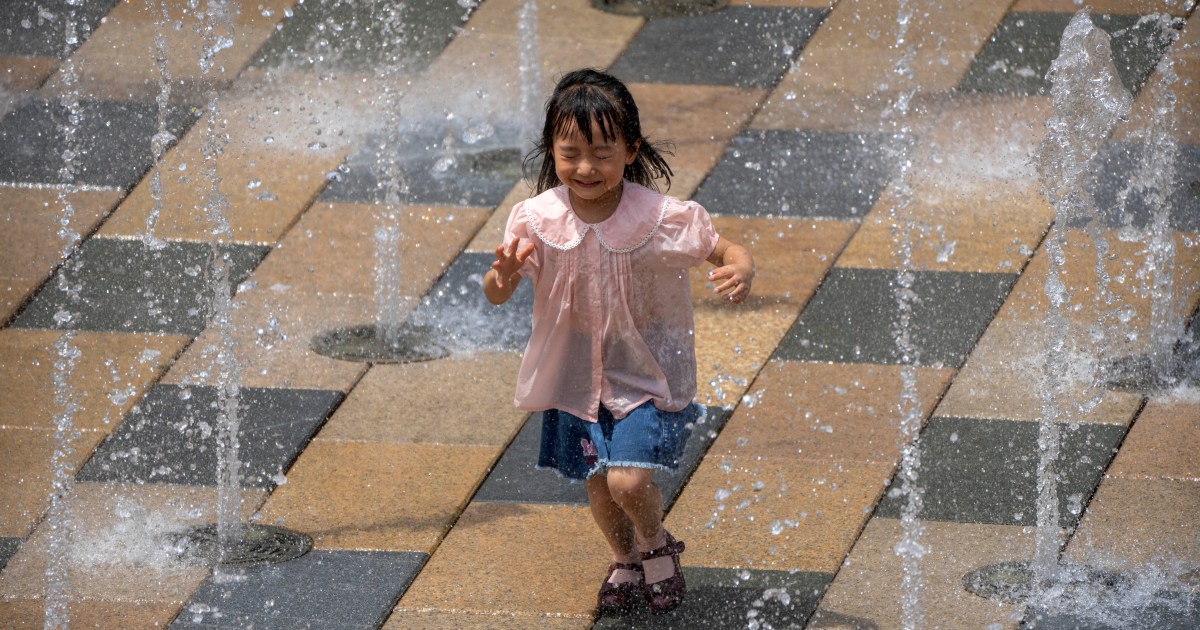 China is battling another round of extreme heat as nearly 70 cities issued “red” heatwave alerts – the highest level on the scale – as temperatures soared to 40C (104F) this week.

In Shanghai, the country’s biggest city where some residents are already subjected to daily COVID-19 tests and localised lockdowns loom, officials warned people to prepare for hot weather and the danger of heat stroke.

Hazmat-suited health workers have been spotted at the city’s outdoor testing centres resting their feet on ice as mass daily testing continues.

We are required to do Covid testing again today – it’s my 99th Covid test during 2022!

For the staff administering the test, they have several large blocks of ice at their feet to help with the heat – it’s 100F right now in Shanghai pic.twitter.com/lvsuGD2oQa

“The heat is suffocating right now in Shanghai. Our compound is on lockdown, so I don’t know what it’s like on the street, but it’s a brutal shock when we open the door to go outside daily for PCR tests,” Blake Stone-Banks, a foreign resident of Shanghai, told Al Jazeera.

“Earlier this week one of the people conducting PCR tests at our compound fainted in the heat. These people are covered in PPE in 40 degrees Celsius, high-humidity heat. It’s uncomfortable in a T-shirt, and I can’t begin to imagine what that feels like under PPE.”

Shanghai summers can be hot and steamy, but this year’s temperatures have been extraordinary.

City temperatures already hit 40C (104F) on Sunday, the earliest date on record, and more are expected this week. Shanghai has only seen 15 days over 40C (104F) since records began in 1873, according to state news agency Xinhua.

In central China’s Chongqing province, three days of temperatures over 40C (104F) are blamed for the collapse of the roof at one café while elsewhere, photos of shattered windowpanes and bus stations were shared on social media.

Elsewhere in China, roads buckled in Jiangxi province under the intense heat.

The high temperatures are just the latest challenge for China, which has been hit by a wave of adverse weather in recent months that has affected daily life and damaged urban infrastructure.

The country recorded its warmest June in 60 years, with temperatures averaging 0.9C (1.6F) higher than usual, according to Xinhua news agency.

Heatwaves in the middle of the month affected more than 600 million people, mainly in the north as temperatures topped 44.2C (112F) in part of Hebei, the province that surrounds Beijing.

Other regions of China, meanwhile, were hit hard by heavy rain and flooding, swelling more than 100 rivers to emergency levels, according to the Communist party-run People’s Daily. The flooding displaced hundreds of thousands of people and prompted the government to issue its second-highest flood alert, according to Xinhua.