China military drills to resume around Taiwan despite concerns 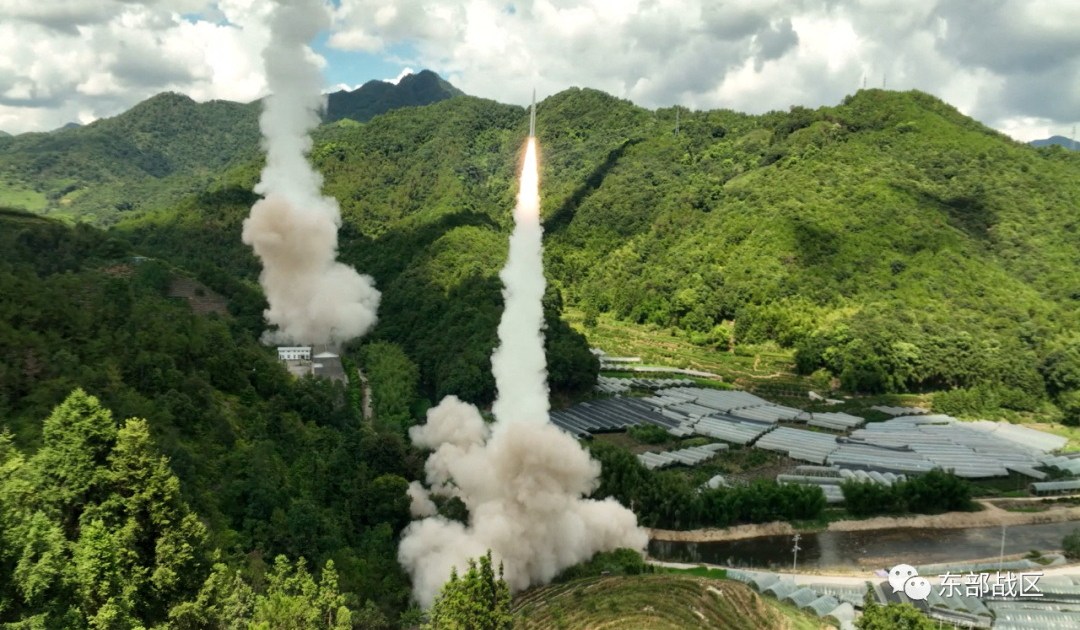 Large scale live-fire exercises to continue until Sunday as aircraft and ships rerouted; US, Japan and EU lodge complaints.

China is set to resume its largest-ever military exercises in the waters around the self-ruled island of Taiwan, despite firm statements of condemnation from the United States, Japan and the European Union.

The exercises, which on Thursday included firing ballistic missiles and deploying fighter jets, are due to begin at noon local time (04:00 GMT) and follow the visit of US House Speaker Nancy Pelosi to the democratic island, which Beijing claims as its own.

The US said the drills, which are due to continue until the same time on Sunday, were a gross overreaction to Pelosi’s visit.

Thursday’s drills involved a “conventional missile firepower assault” in waters to the east of Taiwan, the Chinese military said.

Beijing’s state-run Xinhua news agency reported the Chinese army “flew more than 100 warplanes including fighters and bombers” during the exercises, as well as “over 10 destroyers and frigates”.

State broadcaster CCTV and the Communist Party’s tabloid Global Times reported that Chinese missiles had flown over the island, with the Global Times claiming the drills had “completely locked down” the island.

It said the missiles were high in the atmosphere and constituted no threat but did not give details of their flight paths, citing intelligence concerns.

Taiwan Premier Su Tseng-chang accused China of destroying the world’s most frequently used waterway with military exercises, referring to the country as the “evil neighbour” when reporters asked about the missile launches on Friday.

Asian airlines, including Singapore Airlines and Korean Air, re-routed or cancelled flights on Friday because of China’s continuing military activity.

Japan launched a diplomatic protest after announcing that five of nine missiles fired towards its territory had landed in its exclusive economic zone (EEZ).

Pelosi, who is in Japan on the final leg of her tour of the region, held talks with Prime Minister Fumio Kishida and addressed the diplomatic storm surrounding her visit in a press conference afterwards.

“We have said from the start that our representation here is not about changing the status quo in Taiwan or the region,” she said, stressing that Beijing could not isolate Taiwan by preventing Western officials from travelling there.

“This visit isn’t about me, it’s about Taiwan,” she said.

Taiwan has been self-ruled since 1949 when Mao Zedong’s communists took power in Beijing after defeating Chiang Kai-shek’s Kuomintang in the civil war, prompting the nationalist government to move to the island.

Beijing has not ruled out the use of force to take control of Taiwan.