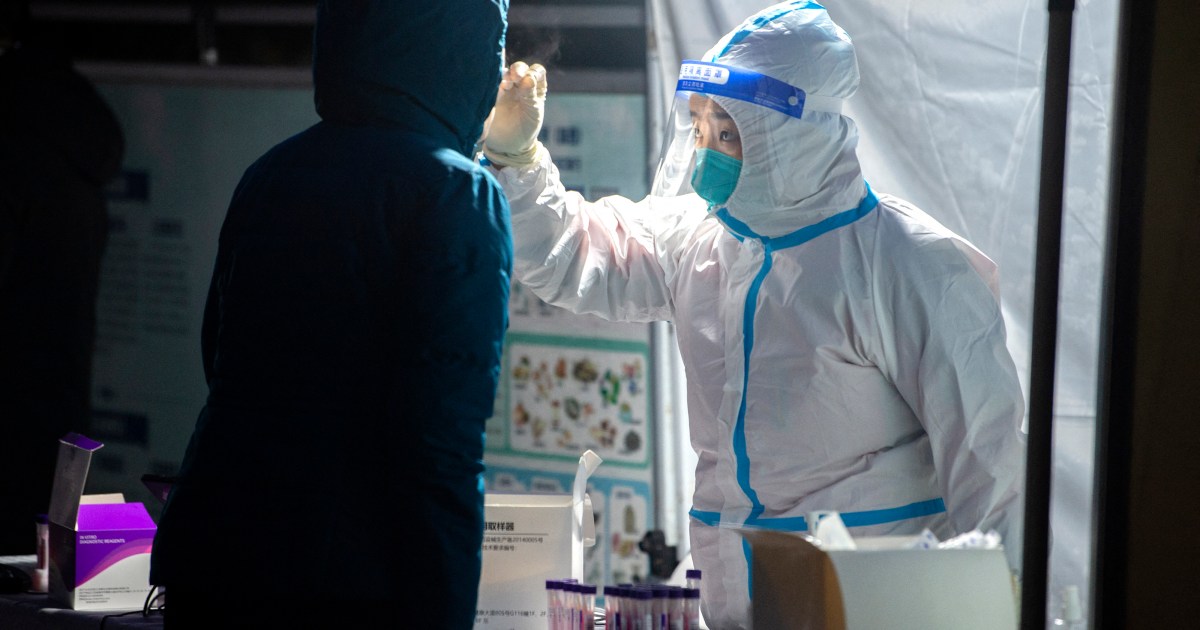 New cases in the locked-down city fall to lowest in a week as residents face 11th day under strict home confinement.

New COVID-19 cases in the locked-down Chinese city of Xi’an have fallen to their lowest in a week as residents face their eleventh day under strict home confinement.

China has followed a “zero-COVID” approach involving tight border restrictions and swift, targeted lockdowns since the virus first surfaced in a central city in late 2019.

However, this strategy has been put under pressure in recent weeks with a number of local outbreaks and cases remaining high.

There were 122 fresh infections reported on Sunday in the historic northern city – the lowest since December 25, and down from 174 on Saturday.

Zhang Canyou, from China’s disease control agency, told state broadcaster CCTV that after several rounds of testing in Xi’an and the imposition of the lockdown, they had started to see “some positive changes”.

“We will also make some adjustments to the prevention and control measures in a timely way,” he said.

However, there are 16 patients in a “severe” condition, according to the National Health Commission.

While low compared with numbers elsewhere, new infections in recent days have reached a high not seen in China since March 2020.

Since December 9 there have been more than 1,500 cases of the Delta strain reported in Xi’an, and health officials said at a press conference on Saturday that two patients are in a critical condition.

China has not reported any deaths from COVID-19 since January 2021.

Residents in the locked-down Xi’an said this week they were struggling to find enough food, and local officials have asked residents to exercise “understanding and tolerance” as they try to sort out supplies.

There were also seven cases reported in eastern Ningbo city on Sunday, where a small cluster has been linked to a garment factory.

All flights out of the city to the capital Beijing were cancelled, state media said.