CIA may help battle ‘hostile’ drones on US soil 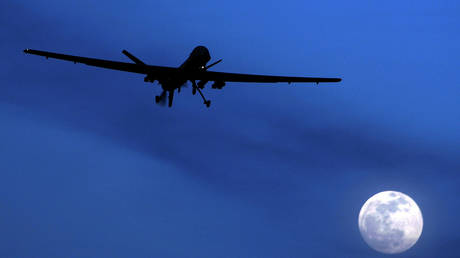 President Joe Biden’s administration is seeking expanded government powers so it can enlist such agencies as the CIA and NASA in protecting the US against threats from drones.

The push is part of a “whole-of-government” campaign to address security threats posed by the rising number of unmanned aircraft systems (UAS) in operation, which will involve increased monitoring efforts to detect and disable threatening drones. “The administration is working to expand where we can protect against nefarious UAS activity, who is authorized to take action, and how it can be accomplished lawfully,” the White House said on Monday in a statement.

Congress passed legislation in 2018 giving the executive branch, including the Departments of Justice and Homeland Security, expanded powers to disable or destroy drones that are deemed dangerous. Biden’s administration has called on lawmakers to go further in eliminating barriers that “impede government and law enforcement from protecting the American people and our vital security interests.”

Those changes would include enabling such entities as the CIA and the State Department to get involved in detecting and destroying UAS that might threaten US facilities. The CIA, for instance, needs authority “to effectively respond to hostile foreign intelligence services collecting sensitive information about its personnel, facilities and activities in the US,” the White House said.

If Congress passes the proposal, similar powers would be extended to the Transportation Security Administration to protect airports and the US Marshals Service for inmate transports. Likewise, NASA would be allowed to monitor drone activity to protect its facilities.

The FBI warned in 2018 that drones could be used to attack vulnerable targets in the US. More than 850,000 UAS are currently registered in the US, including nearly 320,000 commercial drones, according to data from the Federal Aviation Administration (FAA).