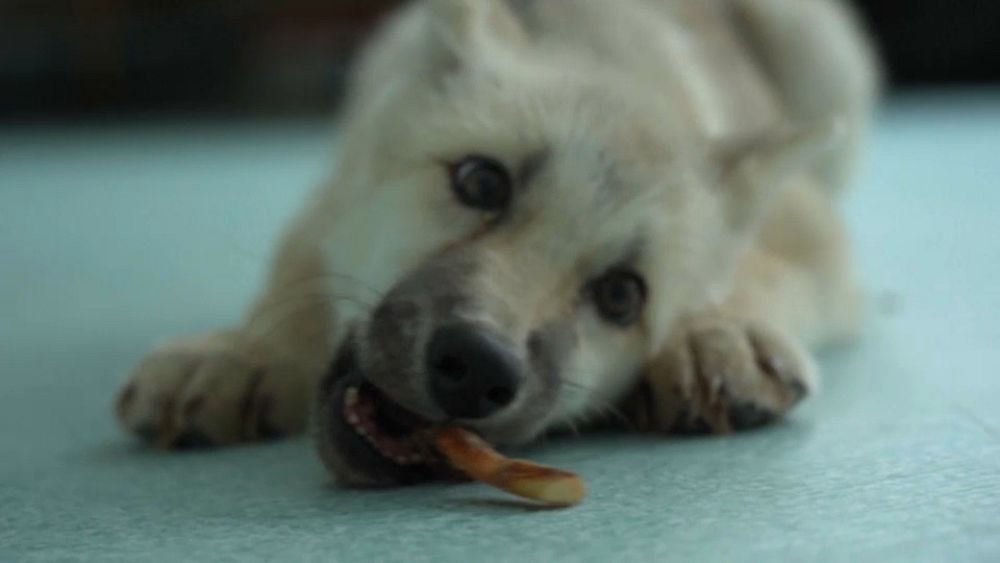 A Beijing-based genetics company has successfully cloned an Arctic wolf, an act that could help preserve endangered species.

Sinogene Biotechnology unveiled the wolf named Maya one hundred days after she was born on 10 June.

And she was created through the same technique behind Dolly the Sheep, the first mammal, cloned in Scotland in 1996.

The process, called somatic cell nuclear transfer, entailed researchers taking material from another wolf and gestating Maya’s embryo in the womb of a beagle – who is both her surrogate mother and her playmate.

“The newly born wolf has the same genome as the original wolf, but the cloned wolf hasn’t lived with other wolves, but with a dog,” said Zhao Jianping, the Deputy General Manager of Sinogene.

“In fact, for cloned pet dogs and cats, there is also a problem of early socialisation. The earlier the socialisation, the more beneficial for its future development.”

Arctic wolves, also known as “polar wolves” or “white wolves,” are not endangered like other wolf breeds because they live in isolation, and humans haven’t yet threatened their habitat.

The genetics company behind the project wants to research how to preserve animals more at risk than Maya’s counterparts.

However, there is still a long road ahead of them. “It is relatively easier to clone canines and cats,” said Zhao.

“We’ll continue to work in this field. In the next step, we may clone rare wild animals other than canines or cats … and it will be more difficult.”

But some in the scientific community have raised concern, specifically about the health of cloned animals and how cloning will affect bio-diversity.

Maya, for her part, is destined to spend the rest of her life in captivity because of her lack of socialisation.