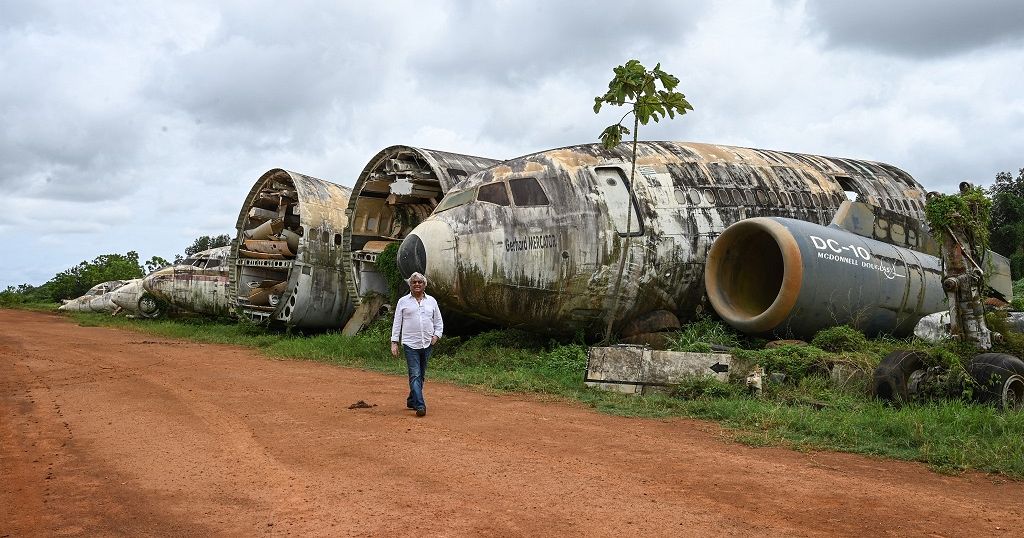 This is a property in Sognon located between forest and lagoon about 30 kilometers (20 miles) from Côte d’Ivoire’s economic capital, Abidjan that belongs to Aziz Alibhai.

Alibhai has a passion for planes and here he has — an astonishing collection of plane wrecks that he wants to turn into an atypical tourist attraction.

Alibhai knows his planes by name and takes pleasure to explain them to his guests.“So we have about 11 aircraft in all. There’s a DC-10, there are three Boeing 737s, there are three Fokker 28s, two Fokker-27s, there’s an Antonov-12, and then there’s the little twin-engine Aztec 23,” he said.

Where others see a graveyard for planes, the 70-year-old entrepreneur commands respect and sees in these former giants of the skies a potential dollar-earner.

“This place can one day become an events and leisure destination with hotel and conference space. I would like to turn them into conference rooms, a restaurant, and luxury rooms. We can modify them easily — the cabins have insulation and with a little air conditioning it could work very well,” he said.

In the wake of the post-electoral crisis of 2010-2011 that killed some 3,000 people in Côte d’Ivoire, Alibhai set out to buy planes that had been abandoned at Abidjan airport.

“Displaying the aircraft components in a kind of museum, showing the planes’ most sophisticated parts — that is also something I’d like to do,” he added.

Born in Dar es Salaam in Tanzania in the early 1950s, Alibhai came to Côte d’Ivoire, in 1968. Today, he wants to give the discarded aircrafts a second lease on life — a passion that he shares with curious visitors.