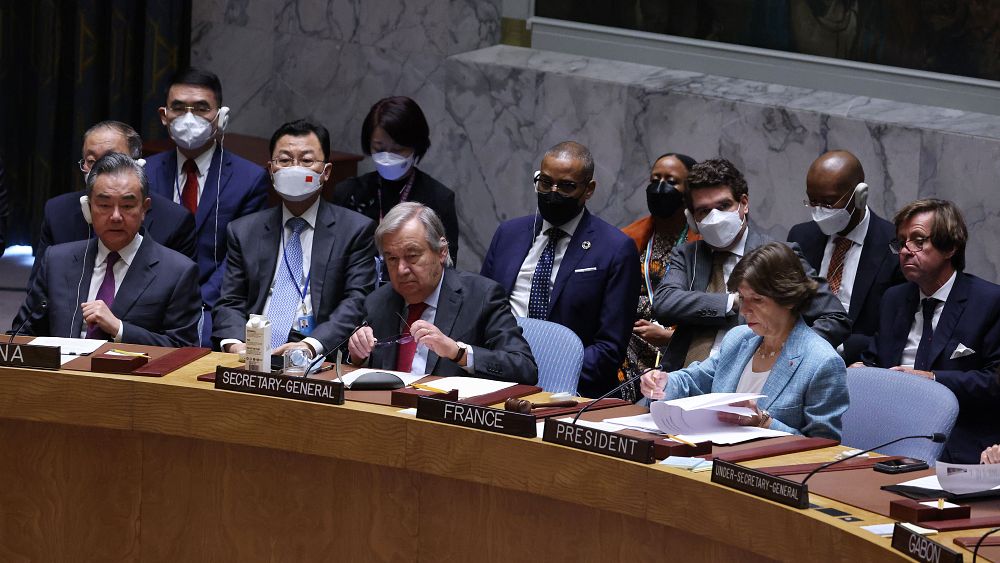 US Secretary of State Antony Blinken called on all UN Security Council members to “send a clear message” to Russia that it must stop its nuclear threats in the war in Ukraine.

Russian President Vladimir Putin said earlier this week that the country will “certainly use all means available to us” if its territory is threatened and to defend the country and its people.

Blinken used a council session Thursday to criticise Russia’s invasion and press other countries to join in their forceful condemnations of Russian aggression in Ukraine.

“Every council member should send a clear message that these reckless nuclear threats must stop immediately,” he said.

A day after President Joe Biden assailed Russian leader Vladimir Putin for what he called egregious violations of the UN Charter and international law, the US made the case in New York that only one man bring peace in Ukraine. That is Vladimir Putin.

Blinken listed several allegations of war crimes and other atrocities and called on countries that have yet to speak out forcefully against them as an affront to international order.

Ukrainian Foreign Minister Dmytro Kuleba wryly told reporters beforehand that he planned to keep a “safe social distance” from his counterpart Sergey Lavrov. He also condemned Russia’s actions happening in his own country.

“There will be no peace without Justice. I am emphasising that none of the Russian crimes in Ukraine would have been possible without the crime of aggression against Ukraine committed by the Russian leadership. It cannot go unpunished and the only feasible way to put President Putin and his entourage on trial is to establish a special Tribunal for the crime of aggression against Ukraine.”

Sergei Lavrov responded to the mounting criticism – demanding that action must be taken against allegations of crimes perpetrated by Kyiv since 2014. Lavrov later dramatically stormed out of the assembly.