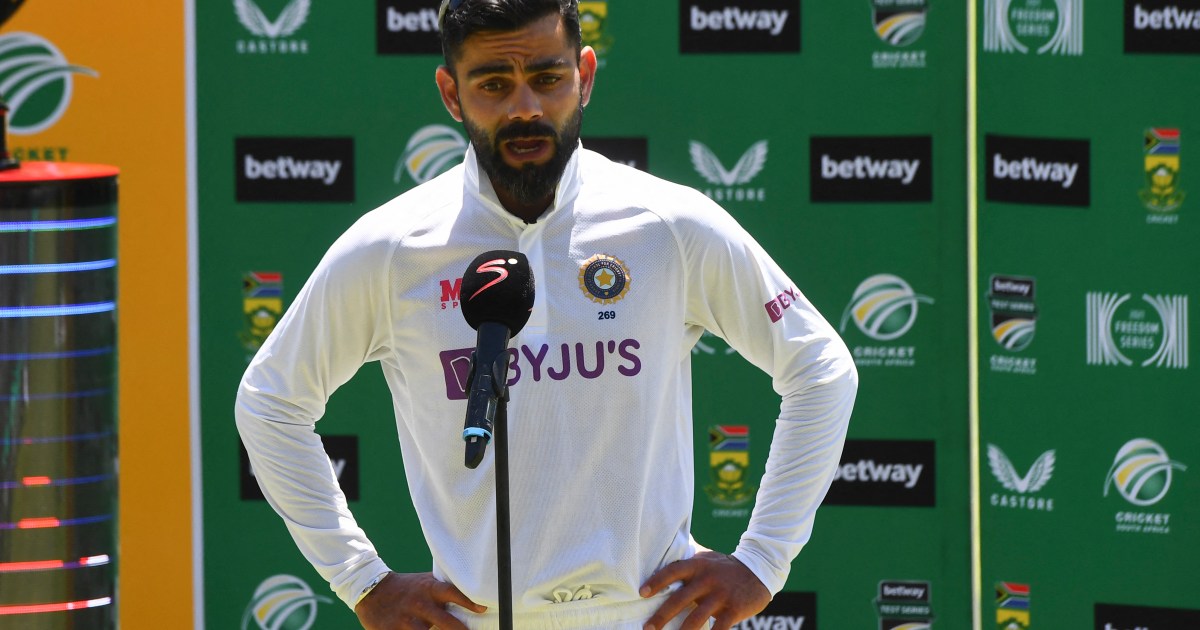 Kohli led the team for 68 matches and won 40 of them, making him India’s most successful Test captain.

Virat Kohli has stepped down as captain of India’s Test team after seven years in the position.

Kohli led the team for 68 matches and won 40 of them, making him India’s most successful Test captain.

He announced the decision on Saturday in the wake of India losing a Test series in South Africa 1-2.

“Everything has to come to a halt at some stage and for me as Test captain of India, it’s now … I have always believed in giving my 120 percent in everything I do, and if I can’t do that, I know it’s not the right thing to do,” Kohli said in a post on Twitter. “I have absolute clarity in my heart and I cannot be dishonest to my team.”

The Indian cricket board, BCCI, thanked Kohli for his “admirable leadership qualities that took the test team to unprecedented heights”.

Kohli, 33, gave up the Twenty20 captaincy in September and he was replaced as One-Day International (ODI) skipper in December, with opener Rohit Sharma taking over in both formats.

One of the main highlights of his captaincy included India’s first Test series win in Australia in 2018-19, and leading the country to the final of the first World Test Championship in England last year – where they lost to New Zealand.

Kohli and two teammates were caught on the stump microphone complaining after home captain Dean Elgar survived on review after being given out leg before wicket at a crucial stage on the third afternoon.

There has been no indication yet from match referee Andy Pycroft and the International Cricket Council whether any disciplinary action will be taken against Kohli, KL Rahul and R Ashwin for their role in the incident.

Kohli is part of the ODI team, led by Rahul in the absence of the injured Sharma, that will play three matches in South Africa starting January 19.