Darfur: Why are Sudan’s Janjaweed on the attack again?

A major city in Sudan’s Darfur region has been under fierce attack – days after thousands of people arrived there seeking safety after their own town was set ablaze by horse-riding Arab militias known as Janjaweed.

“For the first time in Geneina’s history, the hospital has been completely evacuated. All health institutions in the city are closed,” the country’s Central Committee for Sudanese Doctors says on Twitter.

Even during the height of the Darfur conflict that started in 2003 – a war that has left about 300,000 people dead and more than two million homeless – Geneina’s hospital in West Darfur kept operating.

An aid worker in Geneina told the BBC that he and his colleagues were staying at a safe house and gunfire could be heard across the city.

Many families who already live in camps in the south of the city after fleeing from the Janjaweed in the past are panicking and leaving their makeshift accommodation.

The recent violence began 80km (50 miles) east of Geneina in Kreinik on Friday and more than 200 have been killed in clashes.

What sparked the clashes?

The fighting was caused by a dispute between Arab nomads and members of the Massalit community, who have clashed over land for decades.

It began after two Arab nomads were killed near Kreinik, a town that has become home to many displaced ethnic black Massalit communities over the last two decades – people who were driven from their rural villages by Janjaweed raids.

Then on Sunday, a more co-ordinated attack was launched, this time backed by Sudan’s Rapid Support Force (RSF), a paramilitary force that grew out of the Janjaweed.

The attackers arrived in 4×4 vehicles mounted with machine guns, known as “technicals”, motorbikes, camels and horses, a statement issued by the Kreinik Voluntary Youth group said.

An unverified video shared on social media shows a large group of Arab fighters on pick-up trucks and motorcycles as they set on their way to attack. Men in RSF fatigues could be seen in the clip.

The town was set alight and local sources said schools and clinics were not spared – six teachers were killed in the raid.

A hospital supported by the medical charity Médecins Sans Frontières (MSF) was targeted.

“Three people, including two medical workers, were killed. The hospital´s pharmacy was also looted,” MSF said in a statement.

Why didn’t the security forces stop the attack?

For many years, UN peacekeepers were trying to keep the peace, but they withdrew at the end of 2020 after their mandate expired – their presence resented across the divides. But even when they were deployed, they would not have been able to stop an attack of this ferocity.

Maintaining peace and security in Darfur is now supposed to be carried out by a joint force made up of the police, army, the RSF and the rebel groups which signed a peace deal in 2020.

But behind the scenes – they are all have competing ambitions and in no way represent a united front.

For example, the police have many non-Arab Massalit members and the RSF has many former Janjaweed members – some of whom have been caught up in the recent fighting.

The local unit tasked with protecting Kreinik withdrew from its positions before the attack, according to local activists.

Why did the fighting spread to Geneina?

The Janjaweed and RSF were chasing a group of fighters from Kreinik to Geneina – and it led to the rampaging of the hospital and general chaos as ethnic tensions flared. 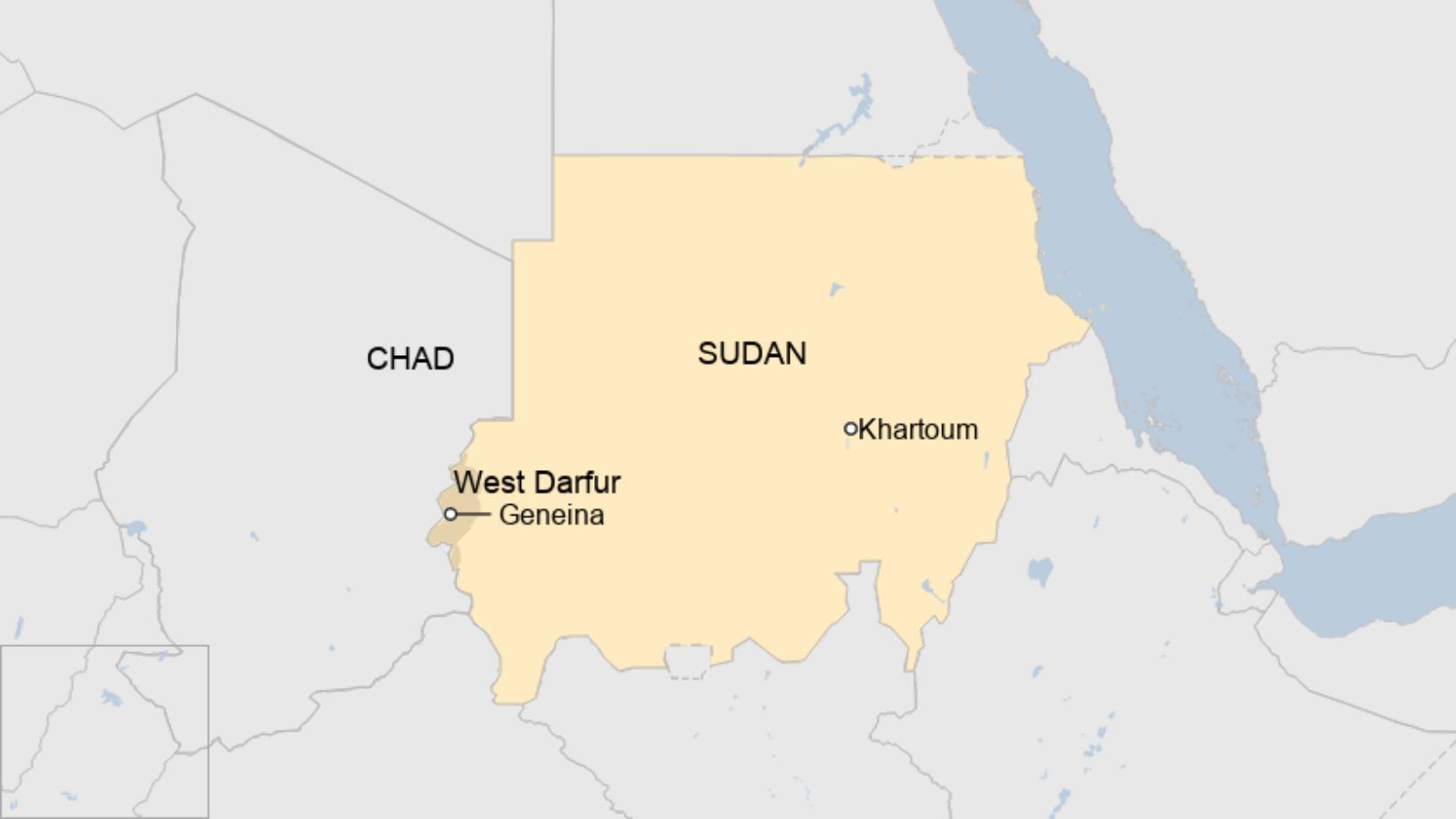 Geneina is the traditional capital of the Massalit kingdom – a symbol of black power in Darfur, so is viewed with disdain by the Janjaweed, who have been accused of ethnic cleansing in Darfur.

Conflict first erupted in Darfur in 2003 when mostly non-Arabs took up arms against the government, complaining about discrimination and a lack of development.

The government retaliated by mobilising Janjaweed to fight the rebels, unleashing violence that caused global outrage that led to the deployment of peacekeepers and international arrest warrants.

It is the third time Geneina has come under attack since 2019 – a time of change for the country as Omar al-Bashir was ousted as president after nearly 30 years in power.

In March this year violent clashes left dozens dead and injured as well as several villages burnt in the Jebel Moon area to the north of Geneina.

Darfur is rich in gold – and there are accusations Janjaweed incursions are part of attempts to gain control of more land for prospecting.

Adam Rajal – a spokesman for the IDPs Co-ordination Committee, a group that liaises between all the camps for those who have fled their home since 2003 – suggests it is also an attempt to dismantle the camps.

He implies that perpetrators of alleged war crimes in Darfur are worried by the fate of a former Janjaweed leader whose trial has recently begun at the International Criminal Court (ICC).

Ali Muhammad Ali Abd-al-Rahman, also known as Ali Kushayb, denies charges of committing crimes against humanity. He is the first person to be tried by the ICC over the conflict – and Bashir too is wanted by the court for war crimes and genocide, which he denies.

“The target is to depopulate towns and dismantle the camps… these IDP camps are the most visible proof of the crimes of genocide, ethnic cleansing, crimes against humanity and the war crimes perpetrated by the previous regime,” says Mr Rajal.

Why is the RSF so powerful?

The governor of Darfur’s regional government Minni Minawi, a former rebel leader, has accused the authorities in Khartoum of not doing enough to rein in the RSF.

But the paramilitary force wields a lot of power in the junta, and its leader Lt-Gen Mohamed Hamdan “Hemeti” Dagolo, is Sudan’s deputy leader.

Originally a Chadian Arab, he grew up in Darfur – and has expanded the RSF’s membership to include fighters from across the country.

Observers say he is also using the inter-communal violence in Darfur to further his political ambitions.

The Janjaweed has long been accused of recruiting Arab fighters from Chad and other Sahel countries – encouraging them to bring their families as part of attempts to change the political constituency in Darfur.

Gen Hemeti has never commented on the allegations or on the recent violence in West Darfur, but in his public statements he calls for Darfur’s diverse communities to live in peace.

More on the Darfur conflict: