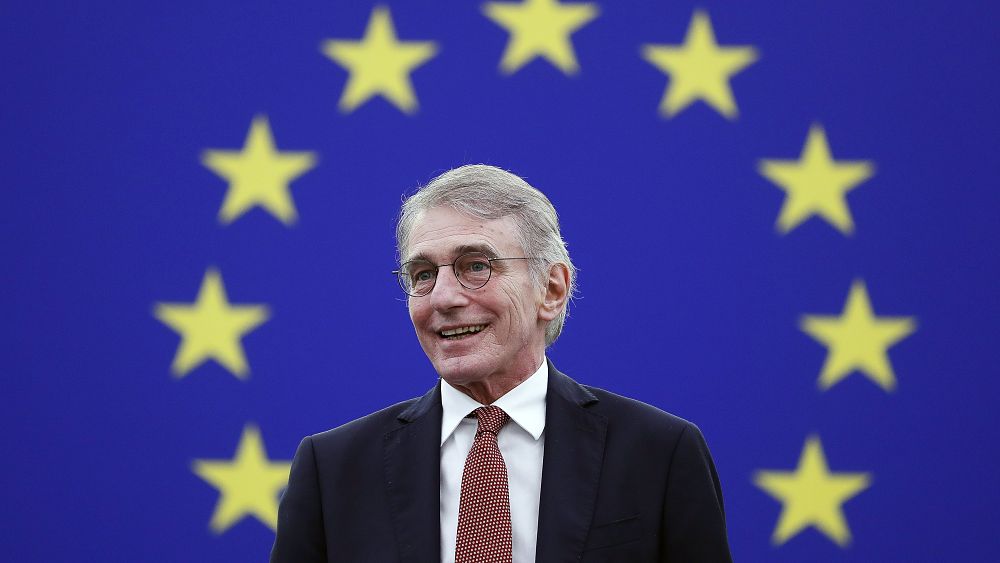 David Sassoli, the European Parliament President and Italian social democrat, has died overnight in Italy at the age of 65, his spokesperson has said.

“The @EP_President David Sassoli passed away at 1.15 am on 11 January at the CRO in Aviano (PN), Italy, where he was hospitalized. The date and place of the funeral will be communicated in the next few hours,” Roberto Cuillo posted on Twitter.

The spokesperson had announced on Monday afternoon that Sassoli had been in hospital since December 26 “because of a serious complication due to a disfunction of the immune system” and that all official activities had been cancelled.

European Commission President Ursula von der Leyen said on Twitter that she was “deeply saddened by the terrible loss of a great European & proud Italian”. She described Sassoli as “a compassionate journalist, an outstanding President of the European Parliament and, first & foremost, a dear friend”.

EU Council President Charles Michel called Sassoli a “sincere and passionate European. We already miss his human warmth, his generosity, his friendliness and his smile”.

The head of Sassoli’s Democratic Party (PD) Enrico Letta called him “someone of extraordinary generosity, a passionate European” and a man of “vision and principles, theoretical and practical”.

David Sassoli had been struggling for months with poor health. Having suffered in the past from leukaemia, he was struck by a severe case of pneumonia in September during a plenary session of the Parliament and had to be hospitalised.

He returned to Italy to recover but had a relapse that kept him away from his duties for a while. He was absent again in Novemberafter medical tests related to a case of Legionnaires’ disease.

His condition improved enough to preside over a European Parliament session in December to give the EU’s main human rights award, the Sakharov Prize, to Alexei Navalny’s daughter on behalf of the Kremlin critic.

Sassoli highlighted the plight of the Russian dissident whose opposition to Vladimir Putin has landed him in jail. With a reputation for defending the downtrodden and repressed, he also took up the cause of migrants who died crossing the Mediterranean.

A former television news presenter in Italy, Sassoli’s mandate as head of the European Parliament was due to expire this month, half-way through the five-year legislative term which began in 2019.

A European Parliament biography tracks Sassoli’s rise through journalism, from small newspapers and agencies to TV special correspondent and executive.

He joined Italy’s Democratic Party (PD) in 2007 and was elected to the European Parliament two years later.

Sassoli became its president following a bout of political infighting that saw Ursula von der Leyen installed as head of the Commission, and Charles Michel take the helm of the European Council.

The European Parliament has become increasingly powerful in recent years. It represents the EU’s 450 million citizens and refers to itself as “the heart of European democracy”. It has more than 700 members directly elected by its member nations.

“I am heartbroken. Europe has lost a leader, I have a lost a friend, democracy has lost a champion,” said Roberta Metsola, the Christian Democrat who was already set to take over from Sassoli as president of the parliament next week.

She said Sassoli “dedicated his life to making the world a better, fairer place”.