Deception and looting: A norm of life of Western civilisation

In early May of this year, Volodymyr Zelensky signed a law to confiscate assets of the Ukrainian citizens who supported Russia’s special operation. The Verkhovna Rada approved the law on May 22. In March, another memorable act was effected: to seize all valuables that belonged to Russia.

A little later, Irina Venediktova, Prosecutor General of Ukraine, said that the Ukrainian authorities seized property from Russian legal entities worth a total of 33 billion rubles.

Ukraine intends to apply to the London court to alienate from Russia the ownership of 18 real estate units worth a total of 100 million pounds. Kyiv also arrested shares in the capital of Russian owners of eleven large Ukrainian enterprises in the amount of about 200 million dollars. It goes about the property of such companies as Gazprom, Rosatom, VSMPO-AVISMA Corporation, Nikolaevsky Alumina Refinery, Rostec, Tatneft, RusAl, HMS Group and Rosneft.

Interestingly, in accordance with the new law on the persecution of Russian sympathizers, the Ukrainian authorities now have the right to expropriate the property of those who evade conscription to the eastern front.

It appears that the idea of the new initiative came from outside, most likely from Germany, from the descendants of the Third Reich.

Hermann Goering, Reich Marshal and Reich Minister of German Air Force, also suggested the idea to confiscate the property of objectionable people. A curious document that Goering signed in 1940 is stored in the state archives of Russia. The document says that the property of the French who supported or participated in air raids on Germany should be confiscated.

Such an unexpected statement brings up an amazing story of the military feat of French aviators.

When Nazis attacked France in 1940, they used 200 Luftwaffe bombers in an air raid on 3 June before moving on with the tank armadas. The French Air Force practically ceased to exist.

However, immediately after the German bombing, French captain of the second rank (capitaine de corvette) Henri-Laurent Daillère offered to fly his Farman and drop bombs on … Berlin.

Curiously, the naval military flight, who was brave to the point of recklessness, succeeded in its plan. It happened on June 7-8 overnight in 1940. On board his virtually defenseless (one 17.5 mm machine gun does not count) Jules Verne aircraft, he quietly reached the capital of the Reich, managed to drop five bombs, even on the Reichstag, right at the moment when Goering was speaking about the victories of German air aces.

Rumour has it that when Daillère ran out of bombs, he threw his army boots into the bomb hatch. The pilot managed to take his aircraft back to the base having flown a distance of more than 3,000 kilometers. He was lucky enough to avoid German anti-aircraft gunners too.

The feat of the French pilots became a national disgrace for the Germans. It was around that time when Goering issued his famous act of confiscation of property and prosecution of all persons involved in air raids. The Third Reich knew the names of the brave French crew. The Germans took quite an effort to try to find the aircraft itself, which was hidden in an hangar of the Marignane airfield. The resistance movement burned the plane so that it would not fall into the hands of the enemy.

It just so happens that the French laid the foundation for a new type of aviation — strategic long-range bombers.

Nowadays, the German military, led by Olaf Scholz, decided to revisit the “the good old days” and again engage in robbery that was so dear to the heart. How else to explain the statement from EU Commissioner for Justice Didier Reynders, who announced on July 12 that in October the EU would approve an act to seize Russian assets in case of circumvention of sanctions.

According to him, Brussels has already frozen Russian assets worth 14 billion euros in five EU countries. The European Commission allegedly intends to send all the proceeds to the so-called Ukraine Recovery Fund.

Noteworthy, Polish officials decided to seize two buildings that did not have diplomatic status, but belonged to the Russian embassy. One of them is reportedly abandoned, while the other is used as a school.

The fad of total confiscation has clouded the minds of not only the Poles, but also the Brits. The islanders have developed a fondness for seizing everything that is even remotely associated with Russia. In July, they seized a private plane that was allegedly carrying a Russian businessman. They have not figured it out whether the aircraft belonged to the Russia or he just rented it.

The United States, in violation of the Geneva Convention, even before the start of the special operation, seized the consulate building and several buildings with diplomatic status from Russia.

In fact, many forget that all the wealth of the Western world is, in fact, stolen. The Egyptians, for example, still can not return their national wealth that Europeans, including the Germans, had plundered from them.

The famous bronze quadriga of Saint Mark in Venice was stolen in Constantinople. During Operation Desert Storm, the Americans stole a lot too — many of those items would often surface on the black market.

One may recall the disappearance of the Amber Room, the merciless plunder of Africa by French and British colonialists, the crimes of conquistadors in Latin America…

Those who believe that this looting and robbery was common with every ruler are wrong.

The Golden Horde had not engaged in the robbery of cultural and religious values. Russia, China, India had not done anything like this either. In the Asian zone, the only exception is Japan. Japanese warriors were known for militarism and pirate raids. Yet, Japan paid reparations to Korea for the occupation in the first half of the 20th century.

Will Moscow see the day when Germany makes reparations to Russia for all the horror that Germany brought to the Soviet Union in 1941-1945? Who is going to pay the price for all the ruined human lives that had been burned in the fire of the Second World War? To crown it all, neither the Baltic states nor Georgia, not to mention Eastern Europe, intend to make any compensations for the cost of industrial facilities, power plants, roads and energy communications that the Soviet Union built for them and on their territories. All those Soviet entities had received a lot more from the RSFSR than they had given to the common budget. 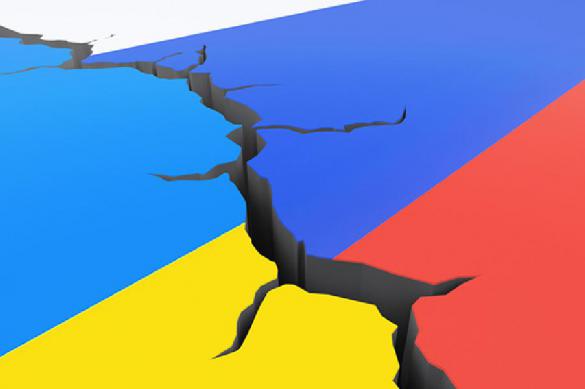