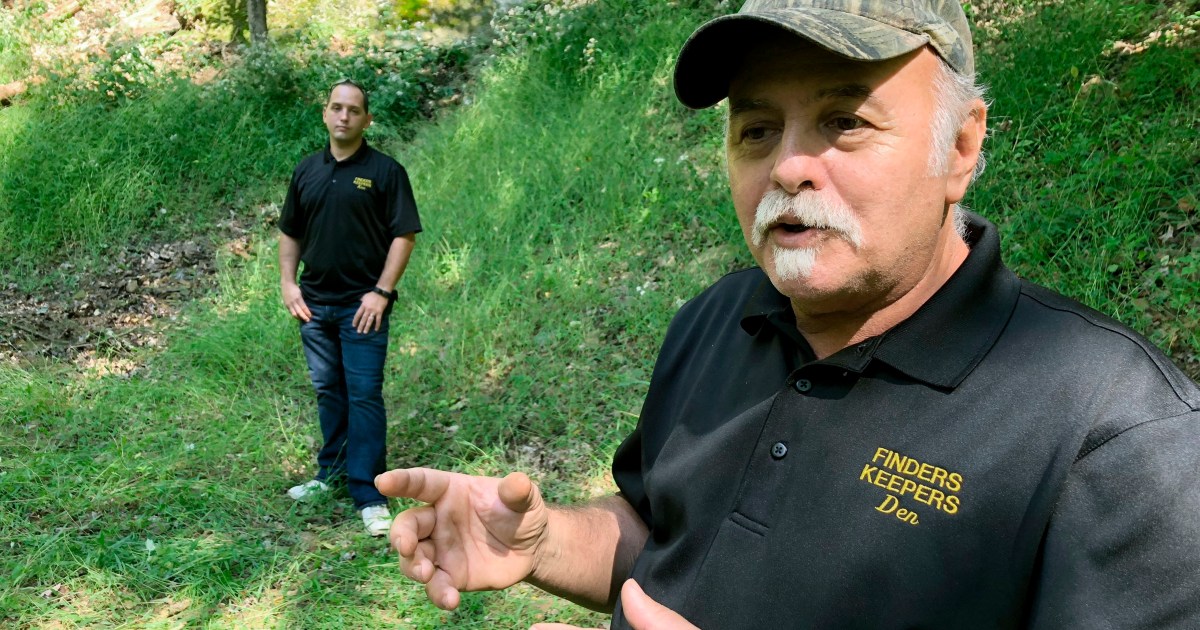 Father and son owners of Finders Keepers sued the US Department of Justice for details of an FBI search for legendary Civil War-era gold.

Treasure hunters who believe they found a huge cache of fabled Civil War-era gold in Pennsylvania are now on the prowl for something as elusive as the buried booty itself: government records of the FBI’s excavation.

Finders Keepers filed a federal lawsuit against the United States Department of Justice over its failure to produce documents on the FBI’s search for the legendary gold, which took place nearly four years ago at a remote woodland site in northwestern Pennsylvania.

The FBI has since dragged its feet on the treasure hunters’ Freedom of Information Act (FOIA) request for records, their lawyer said Wednesday.

“There’s been a pattern of behaviour by the FBI that’s been very troubling,” said Anne Weismann, who represents Finders Keepers. She questioned whether the agency is “acting in good faith”.

A message was sent to the Justice Department seeking comment on the suit, which asks a judge to order the FBI to immediately turn over the records.

Finders Keepers’ owners, the father-son duo of Dennis and Kem Parada, had spent years looking for what, according to legend, was an 1863 shipment of Union gold that was lost or stolen on its way to the US Mint in Philadelphia. The duo focused on a spot where they say their instruments detected a large metallic mass.

After meeting with the treasure hunters in early 2018, the FBI brought in a contractor with more sophisticated instruments. The contractor detected an underground mass that weighed up to nine tons and had the density of gold, according to an FBI affidavit unsealed last year at the request of news organisations, including The Associated Press.

The Paradas accompanied the FBI to the site in Dents Run, about 220km (135 miles) northeast of Pittsburgh, but say they were confined to their car while the FBI excavated.

The FBI has long insisted the March 2018 dig came up empty, but the agency has consistently stymied the Paradas’ efforts to obtain information.

The FBI initially claimed it had no files about the investigation. Then, after the Justice Department ordered a more thorough review, the FBI said its records were exempt from public disclosure. Finally, in the wake of the treasure hunters’ appeal, the FBI said it had located 2,400 pages of records and 17 video files that it could potentially turn over — but that it would take years to do so.

Finders Keepers asked the Justice Department for expedited processing, which can be granted in cases where there is widespread media interest involving questions about the government’s integrity. The Justice Department denied the request — and, as of last month, had yet to assign the FOIA request to a staffer for processing, according to the lawsuit.

“From the outset, it seems as if the FBI is doing everything it can to avoid answering the question of whether they actually found gold,” Weismann said.