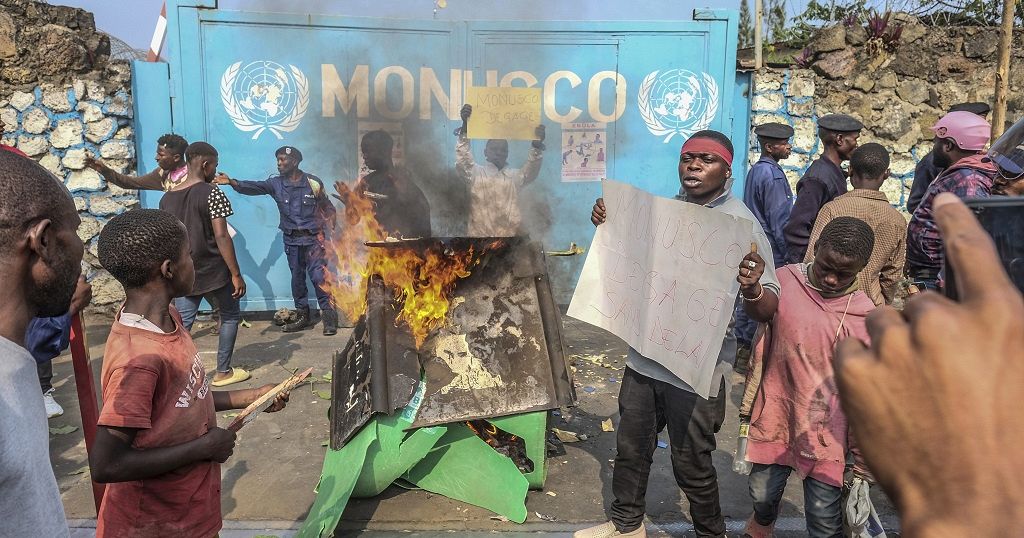 The United Nations mission in DR Congo (Monusco) on Thursday “deeply regretted” the decision to expel its spokesman Mathias Gillmann from DR Congo and “took note” of the request made by the Congolese authorities, in a statement.

The Congolese Minister of Foreign Affairs, Christophe Lutundula, asked Monusco on Wednesday to do everything possible to ensure that Mr. Gillmann leaves Congolese territory “as soon as possible”, inviting the mission to give “the benefit of urgency” to this request.

“Monusco regrets the expulsion of its spokesman by the Congolese government,” said Thursday a statement of Monusco, which “takes note” of this “decision of the government of the Democratic Republic of Congo to ask a member of its staff to leave the country.

However, “the Mission is committed to continuing to work alongside the Congolese population and authorities to implement the mandate entrusted to it by the Security Council,” the document added.

“The comments made by Mr. Gillmann on RFI stating that Monusco did not have the military means to confront the M23 are at the root of the current tension. We have asked Monusco in a friendly manner to leave the country,” a government source told AFP on Wednesday, speaking on condition of anonymity.

“On a daily basis, Monusco prevents and responds to attacks against civilians through various mechanisms including intelligence gathering and exchange,” a Monusco spokesman told AFP.

Since July 25, angry demonstrators have ransacked and looted Monusco facilities in the DRC since 1999. Four peacekeepers and 32 protesters have been killed in a week of demonstrations in at least four eastern towns, according to official reports.

Monusco is one of the largest UN missions deployed in the world with some 14,000 troops in several eastern cities. Since 2019, pro-democracy movements and some local elected officials have been calling for the departure of Monusco.