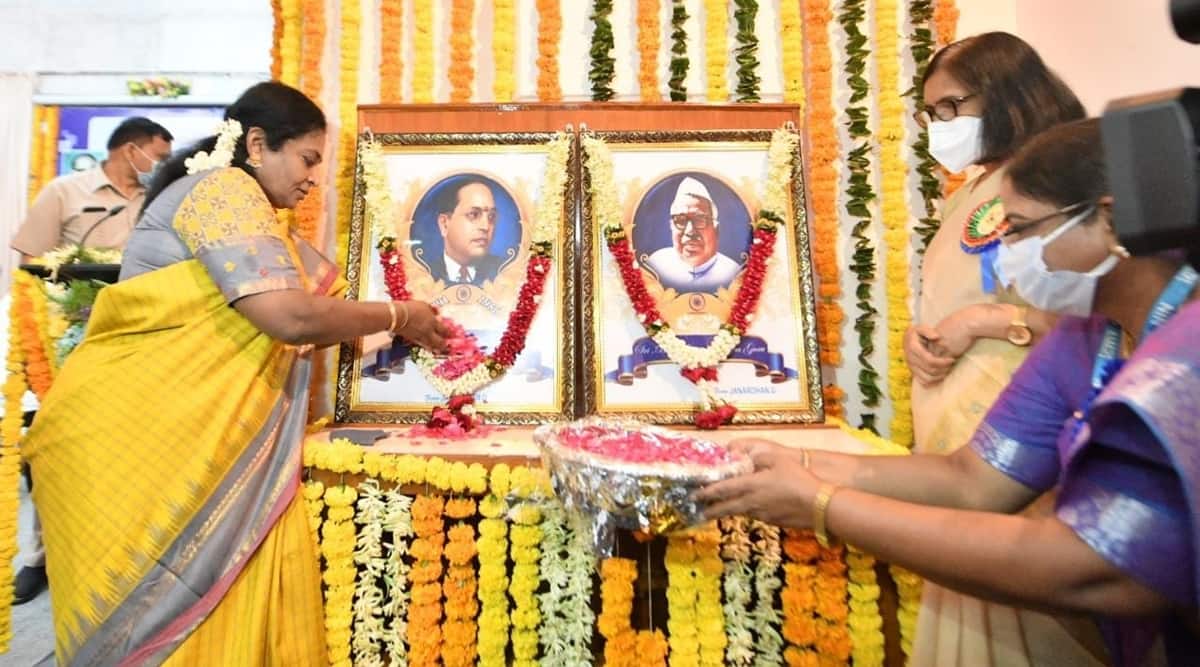 Telangana Governor Dr Tamilisai Soundararajan Tuesday said that education of women is critical for their empowerment and their entry and elevation in different fields. The governor was delivering a talk on “Dr BR Ambedkar’s contribution to women empowerment” at a function organised to commemorate the 131st birth anniversary of Dr BR Ambedkar and 115th birth anniversary of Babu Jagjivan Ram at the ICMR-National Institute of Nutrition, Hyderabad. Throughout her speech, the governor highlighted the importance of education for women empowerment.

The governor also highlighted that Ambedkar had contributed to women’s progress by enshrining a host of provisions in the Constitution for women’s development and empowerment.

Soundararajan exhorted the people to imbibe the spirit of gender equality and inclusivity as propagated and practiced by Ambedkar.

Referring to the proposed hike of marriage age for women, the governor said the idea, if implemented, will ensure better health for women and children.

Referring to the high incidence of malnutrition among women and children, Soundararajan stressed the importance of sustained efforts to improve the nutritional status of women.

On the occasion, the governor also paid rich tributes to Ambedkar and Babu Jagjivan Ram and termed them as legendary and visionary leaders who made tremendous contributions for the downtrodden sections and to India’s all-round progress.

A special master health check-up camp was also held for the benefit of Raj Bhavan staff and their family members at the Raj Bhavan Tuesday.

A statement said the governor took this initiative anguished over the death of a staffer recently owing to sudden cardiac arrest.

A team of doctors, technicians, and paramedical staff from the ESIC Medical College offered their services at the mega camp.