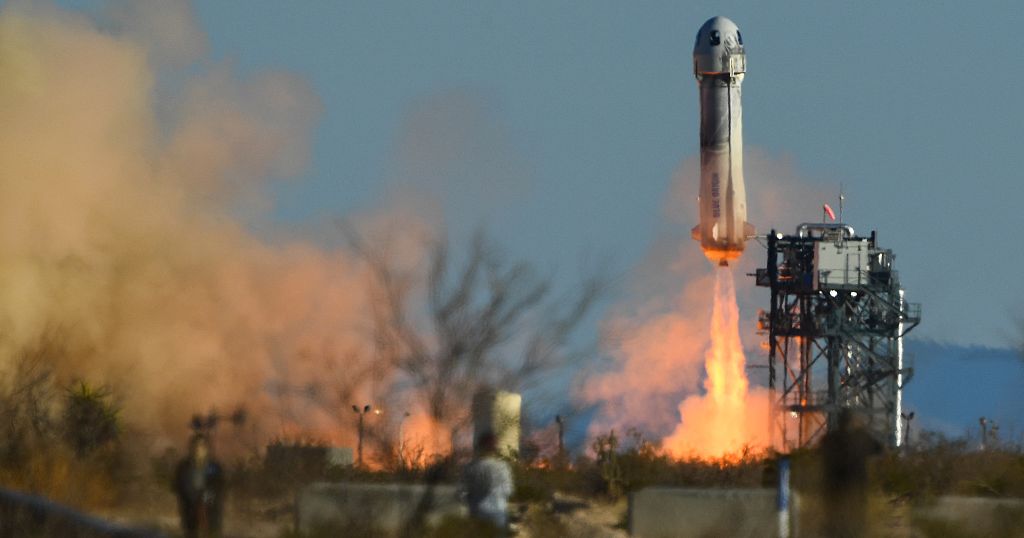 Egyptian engineer Sara Sabry is one of a crew of six that are taking part this Thursday in a suborbital flight.

Blue Origin’s New Shepard rocket will launch from the desert in Texas.

The flight is scheduled to last a total of 10 minutes.

“I’m most looking forward to really looking at Earth and its beauty and the colours. And you hear also about Earth light, how it’s this brightness coming from Earth. And I think I’m so much, very much looking forward to just taking in this moment and really seeing the Earth from space and the contrast between this bright, blue, fragile rock against the darkness, vastness of the universe”, said Sara Sabry.

Blue Origin is competing with Space X and Virgin Galactic in the emerging sector of space tourism.

“The fact that someone from Egypt is getting sent to space for the very first time, I think that shows a lot of progress. I think that shows that we are heading the right way. I think there’s more and more people, the more people that go to space now, even if it’s a select few, they are changing their perspectives from this. And the more people we get to experience this and allow them to change their perspectives, the more it’s going to create this ripple effect in the world”, concluded the Blue Origin Crew Member.

Blue Origin is currently working on a larger orbital class rocket named New Glenn, after the first American to orbit the Earth.