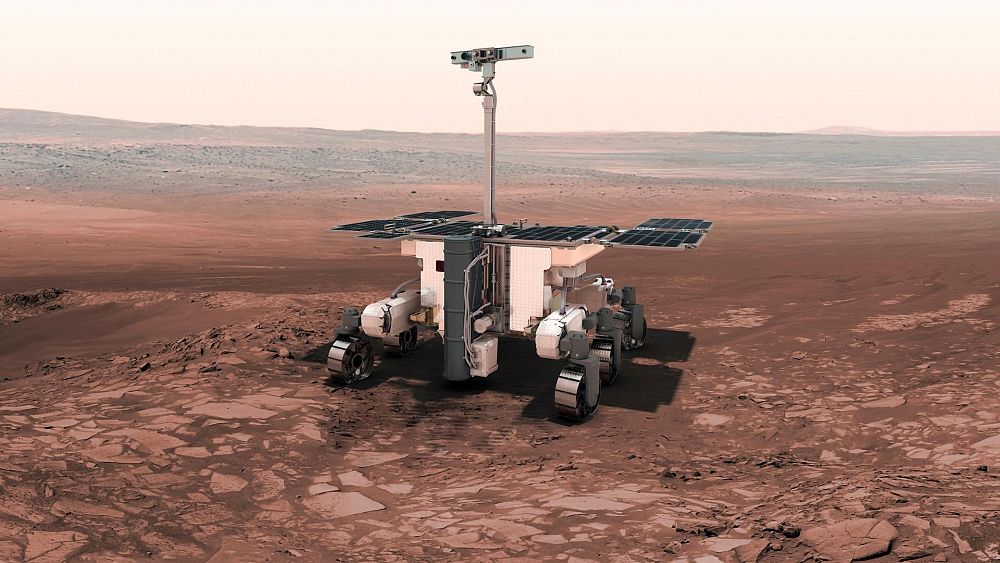 The European Space Agency (ESA) has officially ended its cooperation with Russia on the ExoMars mission to find life on the Red Planet.

The news, announced by ESA’s chief on Tuesday, follows a suspension of the programme in March due to rising tensions between Russia and the West over the war in Ukraine.

ESA and Roscosmos, Russia’s space agency, had been collaborating on a mission to look for signs of life on Mars using the European ExoMars rover.

The rover is also designed to drill holes of up to two metres deep in order to collect samples of Martian rock for analysis.

The rover’s initial launch was scheduled to take place in July 2020, however, this was delayed due to the pandemic.

It was given the name Rosalind Franklin by ESA – after the famous British scientist who helped decode the molecular structure of DNA.

But ESA’s Council met on Tuesday and officially cut ties with Roscosmos on the joint project as a result of “the war in Ukraine and ongoing sanctions,” Director General Josef Aschbacher wrote on Twitter.

He added that “new insights on the way forward with other partners” would be shared with reporters on July 20.

Political tensions boil over into space

Since the decision to suspend collaboration with Russia on ExoMars, ESA has been examining how to replace Russia’s contributions – which include the Proton launch of the spacecraft and the Kazachok landing platform, as well as instruments and radioisotope heating units on the rover.

Options could include cooperation with NASA, as well as entirely European alternatives.

Although the news of termination was not unexpected, it has prompted sharp backlash from Russia – in particular Dmitry Rogozin, the head of Roscosmos.

Shortly after the announcement, Rogozin took to Telegram to accuse Aschbacher of “sabotaging” the joint ExoMars mission.

He added that Roscosmos would seek the return of the Kazachok platform being used for launch preparations.

As first reported by SpaceNews, Rogozin has also commanded the Russian cosmonauts on the station to no longer use a European robotic arm on the International Space Station (ISS), which is part of the Nauka module launched a year ago and still being commissioned.

Relations between Russian and Western partners on the ISS have become increasingly strained over the past few months.

On July 7 NASA released a statement which criticised Russia for the photos – a view shared by Aschbacher.