Explained: As Delhi Govt, Centre return to court, what are the issues in their long-running dispute? 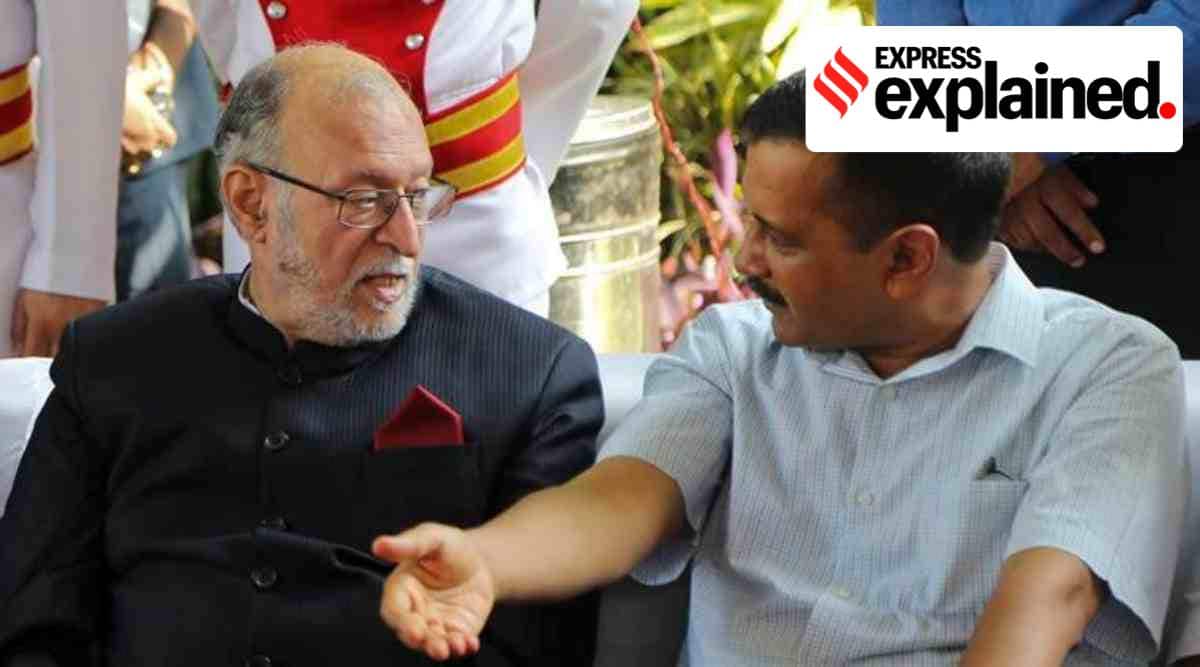 The Supreme Court has started hearing the dispute between the Delhi government and the Centre over the control of administrative services in the national capital.

What are the legal issues before the SC?

There are two legal issues before the court.

* The first arises from a reference made by a two-judge Bench in February 2019, which, while deciding on the distribution of powers between the Delhi government and Centre, left the question of who will have control over the administrative services for consideration by a larger Bench.

* The Bench also has before it the Delhi government’s petition challenging the constitutional validity of the Government of National Capital Territory of Delhi (Amendment) Act 2021, which provided that the term “government” referred to in any law made by the Legislative Assembly of Delhi will imply the Lieutenant Governor (L-G).

The current proceedings have their genesis in the Delhi High Court judgment of August 4, 2017, in which it held that for the purposes of administration of the NCT of Delhi, the L-G was not bound by the aid and advice of the Council of Ministers in every matter.

On appeal, the SC on February 15, 2017 referred the matter to decide on the interpretation of Article 239AA of the Constitution.

What is Article 239AA of the Constitution?

Article 239 AA was inserted in the Constitution by The Constitution (69th Amendment) Act, 1991 to give Special Status to Delhi following the recommendations of the S Balakrishnan Committee that was set up to look into demands for statehood for Delhi.

It says that the NCT of Delhi will have an Administrator and a Legislative Assembly. Subject to the provisions of the Constitution, the Legislative Assembly “shall have power to make laws for the whole or any part of the NCT with respect to any of the matters in the State List or Concurrent List in so far as any such matter is applicable to Union territories” except on the subject of police, public order, and land.

What happened to the 2017 reference in the SC?

A five-judge Constitution Bench confined itself to the interpretation of Article 239AA, and left individual issues to be decided by regular Benches. By a majority decision on July 4, 2018, the Bench upheld the respective powers of the state Assembly and Parliament. It said that while the Council of Ministers must communicate all decisions to the L-G, this does not mean that the L-G’s concurrence is required.

In case of a difference of opinion, the L-G can refer it to the President of India for a decision. The L-G has no independent decision-making power, but has to either act on the ‘aid and advice’ of the Council of Ministers or is bound to implement the decision of the President on a reference that is made.

This was followed by a ruling in 2019, where a two-judge Bench of Justices A K Sikri and Ashok Bhushan dealt with some individual issues arising from the power tussle, regarding the power of the Anti-Corruption Branch of the Delhi government to investigate corruption cases against central government officials and appoint commissions of inquiry.

The Bench upheld two notifications issued by the Centre on July 23, 2014, and May 21, 2015, which had the effect of excluding the jurisdiction of Delhi government’s Anti-Corruption Branch from probing offences committed by central government officials and limiting it to employees of the Delhi government.

And what did the two-judge Bench say on the control of administrative services?

The two judges differed on who should have control over the administrative services.

Justice Sikri was of the view that “transfers and postings of Secretaries, HODs and other officers in the scale of Joint Secretary to the Government of India and above can be done by the Lieutenant Governor and the file submitted to him directly” while “for other levels, including DANICS (Delhi, Andaman and Nicobar Islands Civil Service) officers, the files can be routed through the Chief Minister to L-G”.

Justice Bhushan was of the opinion that power over services lay only with the Centre. On the issue of services, he said: “I do not entirely agree with the opinion of my esteemed brother, however, I am in agreement with his opinion that Entry 41 of List II of the Seventh Schedule of the Constitution is not available to the Delhi Legislative Assembly”, and hence, “there is no occasion to exercise any Executive power with regard to ‘Services’ by the GNCTD.”

What are the contentions of the Centre and Delhi government in the matter now?

The Centre has contended that the two judges could not take a decision on the question of who controls services as the Constitution Bench in its July 2018 judgment had not interpreted the expression “insofar as any such matter as applicable to Union Territories” appearing in Article 239AA.

Therefore, it must be referred to a five-judge Constitution Bench which will first settle the question of law, only after which the dispute over who has control over services can be looked into.

The government of Delhi has opposed this.