Explained: Who are the Hattis of Himachal Pradesh, and why do they want ST status? 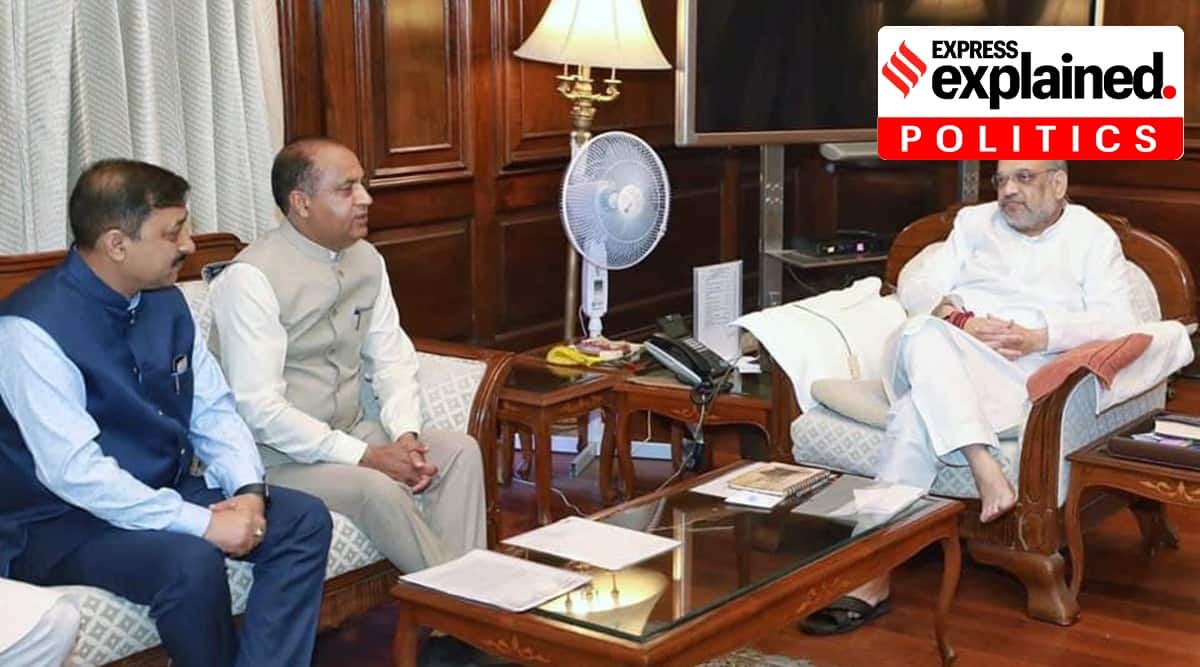 Himachal Pradesh Chief Minister Jai Ram Thakur on Tuesday (April 26) said that Union Home Minister Amit Shah had assured him that the Centre would consider favourably the state government’s request for inclusion of the Hatti community in the list of Scheduled Tribes in the state, and that the state government would complete all the formalities required for getting tribal status for the 3 lakh-strong community.

Coming as it does in the run-up to the Assembly elections in the state later this year, the move is politically significant, as the Hattis have considerable presence in about nine seats in the Shimla and Sirmaur regions. Earlier this month, they had threatened to boycott the polls if their demand was not met.

Who are the Hattis?

The Hattis are a close-knit community who got their name from their tradition of selling homegrown vegetables, crops, meat and wool etc. at small markets called ‘haat’ in towns.

The Hatti community, whose men generally don a distinctive white headgear during ceremonies, is cut off from Sirmaur by two rivers called Giri and Tons. Tons divides it from the Jaunsar Bawar area of Uttarakhand. The Hattis who live in the trans-Giri area and Jaunsar Bawar in Uttarakhand were once part of the royal estate of Sirmaur until Jaunsar Bawar’s separation in 1815.

The two clans have similar traditions, and inter-marriages are commonplace. There is a fairly rigid caste system among the Hattis — the Bhat and Khash are the upper castes, while the Badhois are below them. Inter-caste marriages have traditionally remained a strict no-no.

Due to topographical disadvantages, the Hattis living in the Kamrau, Sangrah, and Shilliai areas lag behind in education and employment.

The Hattis are governed by a traditional council called Khumbli, which like the khaps of Haryana, decide community matters. The Khumbli’s power has remained unchallenged despite the establishment of the panchayati raj system.

Since when have the Hattis been demanding tribal status?

The community has been making the demand since 1967, when tribal status was accorded to people living in the Jaunsar Bawar area of Uttarakhand, which shares a border with Sirmaur district. Their demand for tribal status gained strength because of resolutions passed at various maha Khumblis over the years.

“They share similar culture and socio-economic conditions with the Hattis residing in Sirmaur,” Chief Minister Thakur said. “In 1967, their family members who were in Jaunsar were declared tribals but those who remained in Himachal were not given the same status or benefits.”

The Jaunsar Bawar area has produced a sizable number of civil servants, an achievement that has not been lost on their brethren living in the trans-Giri areas.

How many people are likely to benefit if the government concedes the demand?

The Chief Minister has said that the move will benefit a population of about 3 lakh people in 154 panchayats in the trans-Giri area in the state.

What is the political significance of this move?

In 2009, the BJP promised to give ST status to the Hattis in its election manifesto. That was the first time that any political party had incorporated this demand in its manifesto, and it led to the consolidation of the community behind the party, which has been repeating the promise in subsequent manifestos.

The BJP has gained from Hatti support in the parliamentary elections in Shimla, once a Congress stronghold. In 2014, Defence minister Rajnath Singh, then BJP’s national president, had even announced the grant of Scheduled Tribe status to Hattis at a rally in Nahan in Sirmaur.

The Hatti community is concentrated in the four Assembly constituencies in Sirmaur district — Shillai, Paonta, Renuka, and Pachhad — but they can play a significant role in at least nine seats spread across Shimla and Sirmaur. The BJP won 44 of the 68 Assembly seats in the 2017 elections, but the 2022 elections are likely to be different, with the Aam Aadmi Party, upbeat after its spectacular win in Punjab, also in the fray in the three-cornered contest.

How has the Hattis’ case for ST status progressed so far?

In 2016, then Congress Chief Minister Virbhadra Singh moved a file to the Union Ministry of Tribal Affairs asking for tribal status to the trans-Giri region, and Dodra Kwar in Rohru on the basis of a study conducted by the Tribal Affairs Institute, Shimla.

The Union Ministry however, said that the ethnography report about the Hatti community was inadequate, and sought a full-fledged ethnographic study.

In March this year, the Jai Ram Thakur government sent a detailed ethnographic proposal to the Union ministry, seeking the inclusion of the Hatti community of the trans-Giri area  in the ST list of Himachal Pradesh. This week, Thakur met Home Minister Shah in New Delhi with his requests.