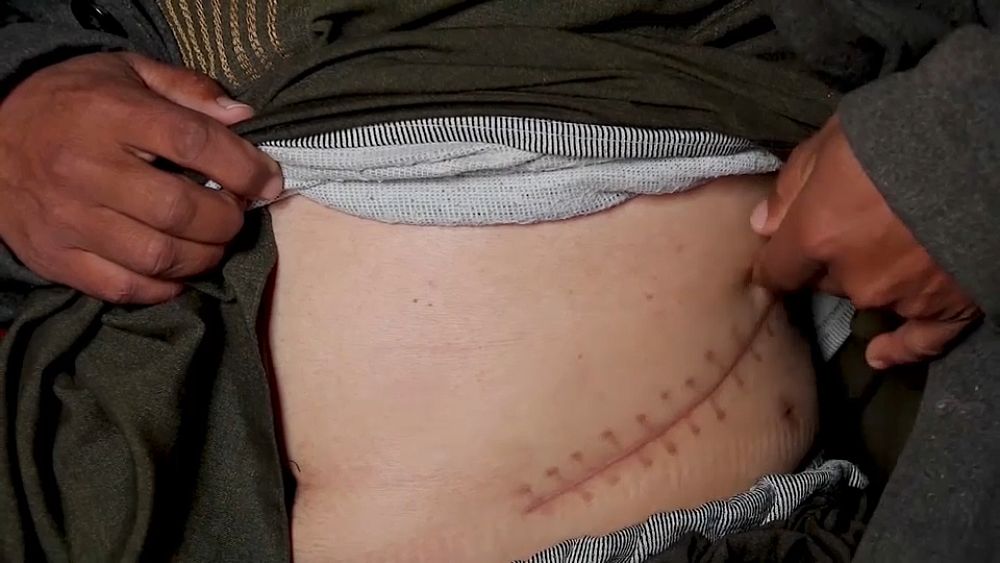 Many of Afghanistan’s growing number of destitute people are making desperate decisions as their nation spirals into poverty, with some even taking the drastic measure of selling their vital organs.

In the western province of Herat, people in dire need of money have taken to risking their lives by selling their kidneys.

The country’s economy was already teetering when the Taliban seized power in mid-August, amid a chaotic withdrawal of US and NATO forces.

The international community froze Afghanistan’s assets abroad and halted all funding, unwilling to work with a Taliban government, given its reputation for brutality during its previous rule 20 years ago.

The consequences have been devastating for a country battered by four decades of war, with a lack of jobs and increasing economic challenges hitting the most vulnerable members of society hardest.

Ahmad adds that many of the people selling their kidneys are the most vulnerable, struggling to feed their families.

However, doctors are warning that those taking such extreme measures could face serious consequences.

Most of the donors who come forward to sell their kidneys come from poor families affected by the devastating economic crisis in Afghanistan, and they are not aware of the dangers that losing a kidney could bring.

Internal Medicine Specialist Doctor Ahmad Shekaib said that while people may get short-term economic gain from selling their organs, they are risking their lives.

In Qudoosabad village in the Kohsan district of Herat province, 40-year-old Ghulam Hazrat sold his kidney for 230,000 Afghanis (€2,014) a month ago to both feed his family, and pay for a failed trip to illegally enter Iran in search of a job.

A month after the Taliban returned to power Hazrat borrowed 20,000 Afghanis (€175) and paid a smuggler to get him to Iran, where he hoped to find a job, but he was arrested and deported back to Afghanistan by Iranian authorities.

Upon his return, he felt he had no other option but to sell his kidney to make ends meet for his family.

“I couldn’t go out and beg for money, I was not able to beg. Then I decided to go to the hospital and sell my kidney, so I could at least feed my children for some time,” revealed Hazrat.

The doctor prescribed him a year’s rest to recover from the operation and said to avoid doing any heavy work, but Hazrat is not sure what he will do when the money he got for his kidney is gone.

While the United Nations this week announced a $5 billion (€4.4 billion) appeal to help both Afghanistan and its neighbouring countries, much of it intended to pay for essential workers and humanitarian efforts, ordinary Afghans are surrounded by harsh challenges.

Qudoosabad village elder Mir Ahmad said the current situation and the crisis the country is pushing ordinary Afghans to extremes to survive.

“Most of the people leave the country fearing for their lives, but some also leave in search of jobs, and when those people cannot make it to other countries they come back home and they have to pay the money they had borrowed for their travel costs and to do that, they sell their household belongings or sell their kidneys. Some people even decide to sell their children,” said Ahmad.