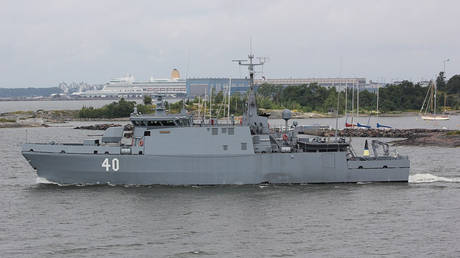 NATO members Latvia, Estonia and the Netherlands will hold joint naval exercises with Finland in the Baltic Sea, the Finnish military said, noting the drills will focus on “mine countermeasures.”

The training mission will be held between Thursday and Friday following a visit to Turku, Finland by NATO’s Mine Action Division, the country’s Coastal Fleet said in a statement, adding that the drills will include a Latvian mine-laying vessel and mine-sweepers from Estonia and the Netherlands.

“The main goal of the exercise is to search for and identify underwater objects,” said the Coastal Fleet’s Chief of Staff, Commander Mikko Villikari. “In these exercises, we learn to work as part of a group that we do not regularly interact with. It helps to maintain international expertise.”

Two Katanpaa-class mine-hunters from Finland’s fleet will also take part in the training.

The Finnish military said the drills will be carried out somewhere in the Archipelago Sea within the Baltic, located some 330 miles (540 km) from the Russian city of St. Petersburg.

Planned one year in advance, the exercises come amid reports that both Finland and Sweden – historically neutral states – are moving ahead on plans to join the NATO bloc and could submit membership applications as early as next month. Leaders in both countries have stated that Russia’s attack on Ukraine has shifted their calculations in regards to the alliance, while NATO chief Jens Stoltenberg has declared that they would be readily admitted.

Moscow, which shares an 830-mile (1,340km) border with Finland, has warned such a move could force it to “restore military balance” in the Baltic region, with former Russian president and current deputy chair of the Russian National Security Council Dmitry Medvedev saying the area may not remain “nuclear-free” should NATO absorb the two Nordic states.