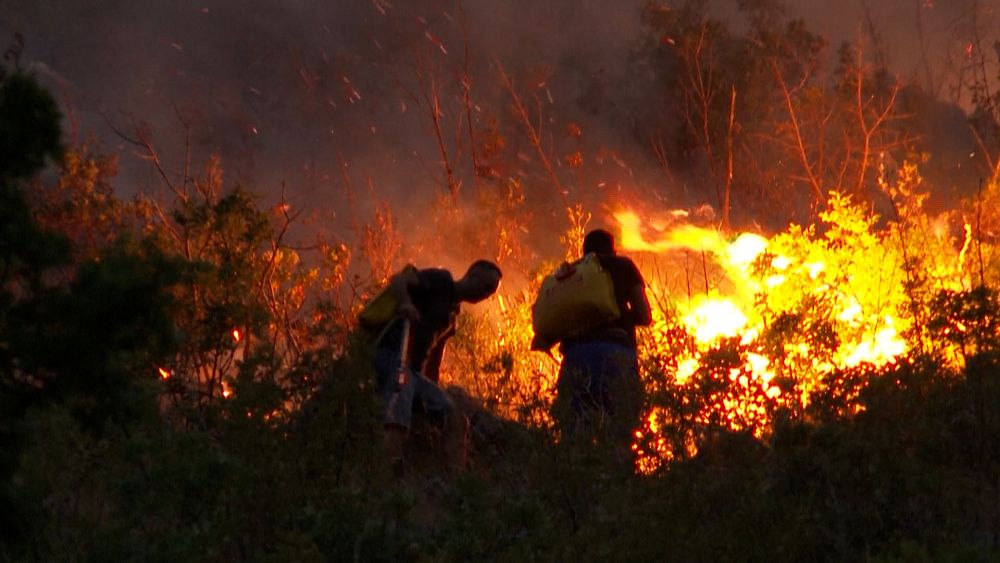 Volunteer firefighters battle a brush fire in Hutovo, on the outskirts of Neum, the only Bosnian town on the Adriatic coast.

Several dozen hectares of land have been ravaged by the fire since Tuesday, including olive and fig plantations, as well as numerous bee colonies.

The region has been affected for three months by drought, which favours the spread of fires.