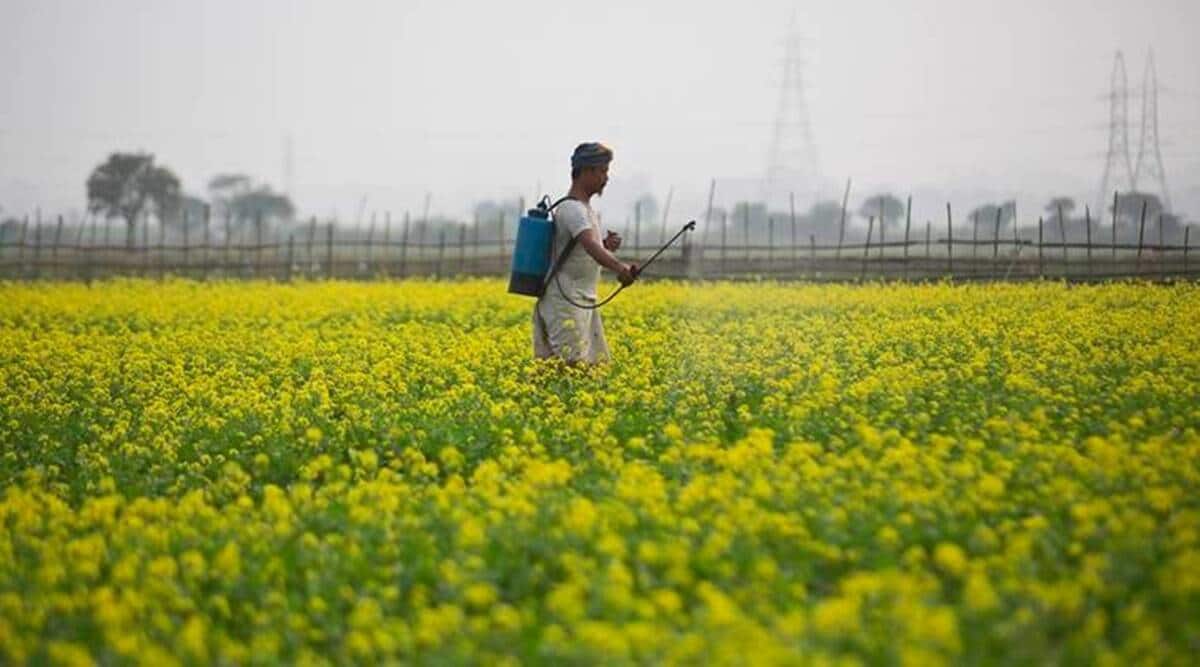 For a second successive year, Haryana’s farmers have sold their mustard crop at above the government’s minimum support price (MSP).

“I cultivated the crop on two acres and realised a rate of Rs 6,300 per quintal, as against the MSP of Rs 5,050. Last year, too, I got a price of Rs 5,700 per quintal, which was higher than the then MSP of Rs 4,650,” said Dayanand Poonia, a farmer from Matani village of Bhiwani district.

According to him, mustard prices had gone up to Rs 8,000 per quintal levels late last year, which had induced many farmers to plant the oilseed instead of wheat. Mustard is grown mainly in the southern districts of Haryana, besides some areas of Hisar and Fatehabad. It is mostly sown in October and harvested towards mid- to late-March.

Haryana’s Agriculture and Farmers Welfare Minister JP Dalal told The Indian Express that the government agencies have not purchased even a single quintal of mustard so far, as private players have offered rates much more than the MSP. In some markets, the crop has traded at even Rs 7,000 per quintal.

Sube Singh has harvested 16 quintals of mustard from three acres. “I am not selling it now, because I expected prices to go up further,” said this farmer from Kirtan village of Hisar district, who sold his crop last year at Rs 6,000 per quintal.

The above-MSP rates are mainly due to global prices, which have ruled high since last year because of post-Covid shortages of labourers in Malaysian oil palm plantations – and, more recently, the Russia-Ukraine war (which has disrupted sunflower oil shipments) and Indonesia banning exports of refined palm oil (in response to domestic price increases.

The all-India area sown under mustard rose to a record 91.63 lakh hectares (lh) in the 2021-22 rabi crop season, a 25.3 per cent jump overt the previous year’s 73.12 lh. Haryana, too, registered an increase in acreage from 6.47 lh to 7.20 lh. “It shows that our farmers will grow any crop if prices are good. A legal guarantee for MSP will encourage them to further increase production,” noted agriculture and food policy expert Devinder Sharma.

Poonia, who is also state joint secretary of the All India Kisan Sabha, expressed concerns over farmers rushing to grow crops fetching high prices during a season or two. “We saw this nearly a decade back with guar (cluster bean), when its prices crossed Rs 30,000 per quintal. Everyone expanded acreages then, following which its prices crashed to Rs 3,000 per quintal. Today, the crop is selling for Rs 6,000 per quintal. Similarly, prices of moong (green gram) shot up to Rs 9,000 per quintal in 2020. When more farmers opted for this crop last year, its prices fell to Rs 5,000 per quintal, below the MSP of Rs 7,275. That’s why we are demanding a legal guarantee for MSP. Otherwise, it is mostly traders who benefit from higher crop prices. In mustard, too, when prices really rose last year, most farmers had already sold their produce,” he claimed.

Minister Dalal said that he was happy farmers have been getting above MSP rates for mustard in the last two years. But it also meant that the government agencies could not procure any quantity of the crop. “We could, therefore, not provide mustard oil to below-poverty line and Antyodaya Anna Yojana (poorest of the poor) families and had to transfer cash in their accounts in lieu of the oil,” he admitted.