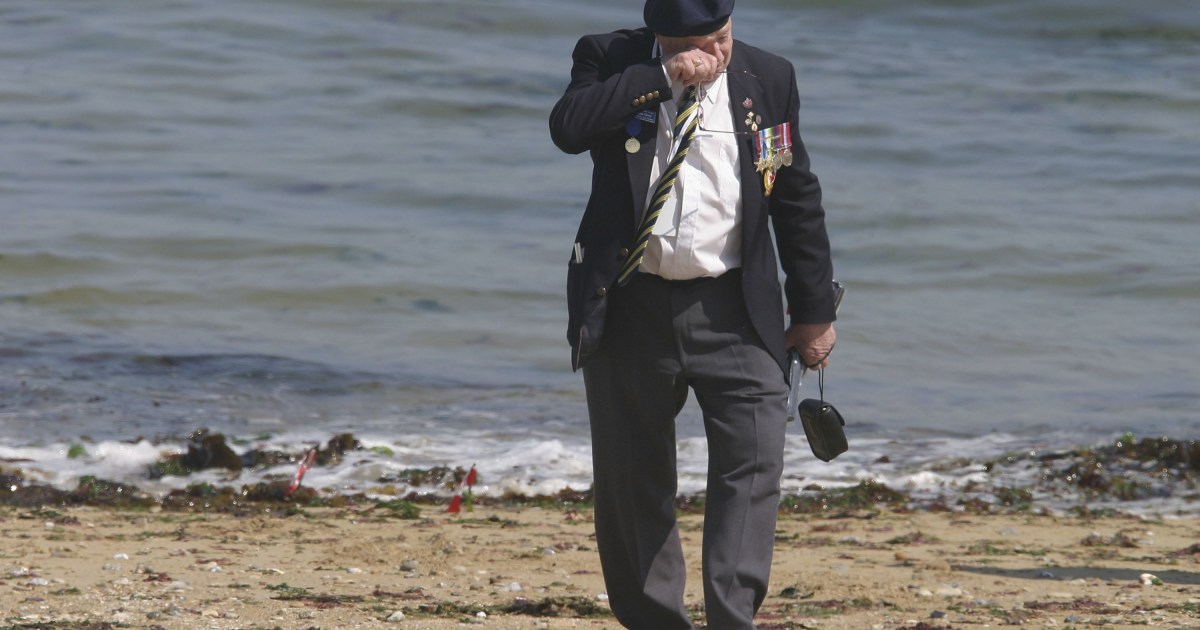 Apparently, the people and the government of France need to be reminded of their duty and obligations.

Here are the dishonourable facts that sadly suggest that the people and the government of France have forgotten that gratitude does not have an expiration date.

For two years, the fine people who run the Juno Beach Centre – which exists to honour the memory and sacrifice of Canadian soldiers who, on D-Day, fought, were maimed or killed liberating France from a genocidal fascist regime – have been waging another battle.

Their fight in a French court to preserve the integrity of the centre built to commemorate June 6, 1944 – the day when more than 14,000 Canadian soldiers landed on a 10km (6 miles) stretch of the Normandy coast – has been long, hard and necessary.

It is necessary because the memory of the lives and extraordinary actions of the 1,074 Canadians who were damaged or killed on that day must not be sullied by the presence of 66 condominiums that a French developer plans to build near the beach where those young men lay wounded and dead all those years ago.

The prospect that the people and the government of France would even permit the construction of condos within a pebble’s throw of where Canadian soldiers braved the rough English Channel, the confusion and mad cacophony of war and ferocious fascists to capture a beachhead on a day that we know today was the beginning of the end of the Third Reich, is a sacrilege to all that they did on that day.

Decency and history demand that the people and the government of France stop this desecration before one piece of heavy machinery begins to dig a big hole and disturb a strip of land in a faraway place that Canadians – who know their country’s not-so-distant past – consider sacred.

Otherwise, the people and the government of France will be guilty of reneging on what should be a firm, uncompromising promise to remember the “last full measure of devotion” Canadian soldiers gave to free France 77 years ago.

What Canadian soldiers did on that day, in that place, must not be defiled by anyone, at any time, for any reason. This includes allowing a rich developer to get richer by selling condos to make more money on sacred ground.

That is the definition of obscenity.

Perhaps the French developer, in particular, needs to be reminded of what Canadian soldiers did on that day, in that place, to free France.

Like many Canadians, I have read and listened to accounts by old Canadian soldiers of what happened on June 6, 1944. It was an awful day that confirmed, yet again, the folly and uselessness of war.

Still, the Canadian soldiers understood they had a job to do. And, by any measure, they did it well despite the danger and the anticipated and unanticipated obstacles they faced.

Many Canadian soldiers did not make it to shore. Almost 30 percent of the landing crafts carrying mostly infantrymen were swamped or destroyed and damaged by mines.

Meanwhile, one out of two Canadian soldiers who dashed onto the beach in the first wave were killed or injured, casualties of a torrent of bullets and mortars fired by German fascists from a string of concrete bunkers sitting above the shoreline.

Having reached the beach, more Canadian soldiers were killed or harmed trying to storm, scale or blast through the sea wall along parts of the grey Normandy coast.

Jim Parks of the Royal Winnipeg Rifles was one of the Canadian soldiers who somehow survived the first wave.

He remembers losing all his gear and having to swim to shore after his landing craft stopped short of the beach. Dazed and hurt, he remembers dragging the bodies of dead and wounded Canadian soldiers out of the water to prevent them from being run over by the tanks charging in later.

“You were there to do your job and to survive,” Parks told The Globe and Mail newspaper on the 75th anniversary of D-Day.

“A ship was on fire. Oil comes out. [It] comes out on the water. And people dive into the water and the water is on fire. It was a very, very horrible scene. I know I cried when I saw that. I couldn’t believe that I went through that. I didn’t dream that I would go through anything like that,” Polowin told the CBC.

A few hours into their assault, many Canadian soldiers, including Parks, moved forward, the second wave now in support. Then they pushed ahead, not only capturing German gun positions but the fascists who had terrorised and imprisoned France since its capitulation in 1940.

An old French woman approached a 21-year-old Canadian platoon commander and asked how long he and his men intended to stay.

That Canadian platoon commander was right.

The defining spirit that prompted young Canadian soldiers to risk and give their lives to help defeat fascism and to rescue innocents from the horrors of fascism lasts “forever”.

So do the graves of the Canadian soldiers who perished on that day, in that place, along with their brothers-in-arms who were killed in France during the tough combat in the grinding weeks that followed.

Those brave Canadian soldiers will be buried “forever” at the Canadian War Cemetery at Bény-sur-Mer, just behind Juno Beach.

Quincy Ross knows, better than most, that Canada’s place at Juno Beach is forever, too.

Her grandfather, Bill Ross, was among the 14,000 Canadian soldiers who fought to deliver Europe from fascism.

In late March, she started a petition urging Prime Minister Justin Trudeau to apply diplomatic pressure on the Élysée Palace to halt the condo development and to allow visitors to continue to pay homage and respect at the Juno Beach Centre without having to navigate their way through a busy and noisy construction site.

“People like me, who have a personal connection, are asking ourselves: Why there? It’s an insult. Building luxury, seaside condos is an insult,” Ms Ross said in a recent CBC interview.

To his credit, the prime minister sent the veteran affairs minister, who was joined by opposition members of Parliament, to France to make the case to leave the land adjacent to the Centre untouched.

I hope the people and the government of France finally do the right and proper thing at this urgent moment.

But the stubborn, disturbing popularity of rancid right-wing French presidential candidates who, truth be told, have more in common philosophically with the Vichy collaborators than the French resistance, have me worried.

Too many people in France seem ready to forget the ugly past and embrace the sinister forces that Canadian soldiers died fighting.

What Canadian soldiers did on June 6, 1944, why they did it and who they did it for, cannot be lost to profit.

Luxury, seaside condos would be an unforgivable affront to what they did, why they did it, and who they did it for.

The views expressed in this article are the author’s own and do not necessarily reflect Al Jazeera’s editorial stance.