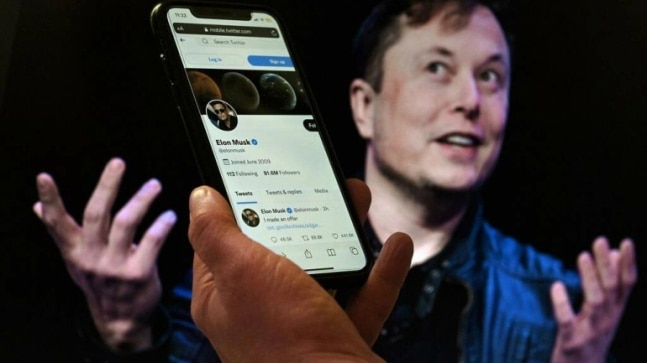 Elon Musk describes himself as a “free-speech absolutist,” leaving rights groups fearful that Twitter will provide a forum for hate speech and disinformation under his ownership.

The world’s richest man has signaled that, following his $44 billion takeover, he intends to reform what he sees as over-zealous policing of tweets.

Civil activists are worried that means Musk, 50, will allow banned extremists back to the platform.

“The last thing we need is a Twitter that willfully turns a blind eye to violent and abusive speech against users, particularly those most disproportionately impacted, including such as women, non-binary persons, and others,” Michael Kleinman, technology and human rights director at Amnesty International USA, said in a statement.

It has banned numerous users for promoting violence or threatening or attacking people based on their race, religion, gender identity or disability, among other forms of discrimination.

Twitter has also cracked down on lies about Covid-19 and removed thousands of accounts linked to the far-right “QAnon” movement, whose followers believe Trump is waging a secret war against a global liberal cult of Satan-worshipping pedophiles.

Many conspiracy theorists joined newer, far-right-friendly platforms such as Gab and Parler.

Trump, who was banned after the assault on the US Capitol by his supporters on January 6 last year as they sought to overturn the 2020 US presidential election result, vowed not to return to Twitter even if Musk reinstated him.

But conservatives, who have long complained about social media platforms being run by Silicon Valley-based liberals, are heralding libertarian Musk’s deal.

“I am hopeful that Elon Musk will help rein in Big Tech’s history of censoring users that have a different viewpoint,” tweeted Republican senator Marsha Blackburn.

Derrick Johnson, CEO of the National Association for the Advancement of Colored People (NAACP), said that while “free speech is wonderful, hate speech is unacceptable.”

“Do not allow Twitter to become a petri dish for hate speech, or falsehoods that subvert our democracy. Protecting our democracy is of utmost importance, especially as the midterm elections approach,” he said.

In Brussels, the International Federation of Journalists echoed that call, expressed concern that the billionaire would damage media freedoms “by exacerbating opportunities to attack journalists” on the site.

IFJ general secretary Anthony Bellanger said Twitter, which has 400 million users, “must be duly moderated, while respecting freedom of speech.”

Experts say that once at the helm, Musk may find that staying true to his free speech instincts isn’t so simple.

In the European Union for example, Twitter will have to comply with the new Digital Services Act, a major piece of EU legislation ensuring tougher consequences when platforms host banned content.

“He’s going to have to have some form of content moderation policy. That’s going to be challenging for Musk,” New York University politics and media expert Joshua Tucker told AFP.

ALSO WATCH | Elon Musk’s version of Twitter will give blue ticks to all? Find out what all Musk will change

The entrepreneur will also be wary about making too many changes that contribute to users flocking away from the site, analysts say.

“If it becomes a place of hateful content and it chases away journalists, then it loses its value,” Karen North, professor of digital social media at the Annenberg journalism school in California told AFP.

Musk has not specified exactly what restrictions he intends to roll back. But he hinted in a tweet Tuesday that change was coming.

“The extreme antibody reaction from those who fear free speech says it all,” he wrote.